When parties in a long-term arrangement find it increasingly difficult to work with one another, one side might conclude that persisting in performance will only ensure the parties’ mutual destruction. At that point, it might risk terminating the relationship even without an express contractual basis, such as in the case of an efficient breach or a common law termination. The non-terminating party might then sue, insisting that specific performance of the ongoing relationship is the only way to rectify the alleged harm.

In that case, the plaintiff will be seeking an order requiring the parties to work closely together for an extended time, not a simple one-time action. Therefore, the inquiry should not be limited to whether or not money damages are adequate.

Certain cases have instead considered whether the parties have a complex, long-term relationship, and whether their mutual hostility makes it likely that future litigation will occur, requiring significant ongoing judicial oversight. In other words, to properly test whether specific performance is actually an appropriate remedy, the nature of the business relationship must be carefully considered.

Litigants and courts, thus, will tend to focus on whether money damages can be calculated with reasonable certainty to adequately compensate the injured party—because if so, specific performance should be denied. See, e.g., Van Wagner Advert. v. S & M Enters., 67 N.Y.2d 186, 194 (1986). In many instances, the request for specific performance will rise and fall on this question. However, in situations involving long-term (or even indefinite) business relationships, especially where the damages are difficult to calculate, two more considerations should be carefully considered.

Hostility and Ongoing Judicial Supervision: Two Additional Considerations. Under New York law, specific performance is disfavored where ordering it would require dysfunctional parties to continue working together for a lengthy period of time, if not indefinitely. See, e.g., USA Network v. Jones Intercable, 704 F. Supp. 488, 491 (S.D.N.Y. 1989) (denying motion for preliminary injunction preventing termination of an ongoing contract, noting both that any damages would be calculable and that “[s]pecific performance is particularly undesirable and impractical where it would force essentially hostile parties into an ongoing, active business relationship”).

Requests to preliminarily enjoin a party by mandating specific performance have frequently been denied by courts where “there is no longer a relationship of trust.” AFA Dispensing Grp. B.V. v. Anheuser-Busch, 740 F. Supp. 2d 465, 474 (S.D.N.Y. 2010) (quoting Lanvin v. Colonia, 739 F. Supp. 182, 195 (S.D.N.Y. 1990)) (preliminary injunction denied, in part because the balance of hardships did not favor plaintiff, as an injunction would force the parties to continue “an unproductive business partnership,” and plaintiffs failed to demonstrate irreparable harm beyond money damages); see also Vera v. Tug Dakota, 769 F. Supp. 451, 455 (E.D.N.Y. 1991) (preliminary injunction denied, as plaintiff failed to establish both success on the merits, as the case “present[ed] the quintessential picture of a business relationship … gone sour,” and irreparable harm, as damages were calculable).

For the same reason, certain courts have considered this factor in evaluating a final remedy on the merits. See, e.g., Federico v. Brancato, 993 N.Y.S.2d 644 (N.Y. Sup. Ct. Suffolk Cty. 2014) (denying injunctive relief where an adequate legal remedy existed, as “[c]ourts find repugnant the idea of compelling the continuance” of a “hostile and bitter” relationship, and refusing to enjoin the termination of a shareholder agreement where money damages were adequate to avoid “forc[ing] the parties to remain in a relationship that some of them find unacceptable”).

Another reason to reject specific performance where parties have an acrimonious relationship is the high likelihood that the court will need to oversee the day-to-day relationship long after the litigation has concluded. See, e.g., Juergensen Defense v. Carleton Techs., No. 08-CV-959A, 2009 WL 2163181, at *5-6 (W.D.N.Y. July 20, 2009) (at the preliminary injunction stage, refusing to order specific performance of the parties’ “daily working relationship,” as damages were sufficient to redress any harm, and also finding specific performance “problematic” because “[i]t would be impossible for any order of [the] court to articulate with any specificity what is meant by an injunction requiring the parties to re-establish their working relationship.”); Restatement (First) of Contracts §371 (May 2022 update) (“Specific enforcement will not be decreed if the performance is of such a character as to … require such long-continued supervision by the court as is disproportionate to the advantages to be gained from such a decree and to the harm to be suffered in case it is denied.”).

The more complex and lengthy the relationship is, the less appropriate an order of specific performance will be. With distrust and continued disagreements added to the mix, it may not be long before the parties end up in litigation again.

Courts outside of New York, too, have acknowledged concerns with requiring hostile parties to continue working together. See, e.g., LLB Realty v. Core Labs., LP, 123 F. App’x 490, 492-93 (3d Cir. 2005) (applying New Jersey law to determine that the district court did not abuse its discretion in refusing to order specific performance, given that plaintiff was not “ready, … prompt, and eager to perform the contract” for the sale of a real estate parcel and that the district court “wisely refused” to “force[] hostile parties into a lengthy and antagonistic” arrangement); Mercedes-Benz USA v. Concours Motors, No. 07-C-0389, 2010 WL 55473, at *7 (E.D. Wis. Jan. 4, 2010) (finding that no breach had occurred, but that nonetheless damages were waived and specific performance was inappropriate under Wisconsin law, where, among other things, the court would “likely have to referee dozens of subsequent disputes” between the “likely acrimonious” parties).

Non-New York courts also have expressed reluctance to grant relief that would require long-term supervision. See, e.g., TAS Distrib. Co. v. Cummins Engine Co., 491 F.3d 625, 637 (7th Cir. 2007) (affirming the denial of specific performance under Illinois law to plaintiff licensor, given the indefinite nature of the license and the open-endedness of the contractual obligation at issue, and holding that “specific performance is rarely an appropriate remedy where such a grant would mandate ongoing supervision by the court”).

By contrast, at least one California court (in an unpublished decision that is not citable pursuant to the California Rules of Court) has rejected “the proposition that the need for continued judicial supervision necessarily precludes an award of specific performance.” City of Novato v. MCCE Dev., No. A116957, 2009 WL 1695943, at *10 (Cal. Ct. App. 1st Dist. June 17, 2009). The court described the proposition as “archaic,” noting that a better approach would be to award specific performance when such award is “practically feasible.” See id.

That said, other factors could convince a court to order specific performance in spite of issues with ongoing supervision or a hostile relationship. For example, where damages are difficult to reasonably ascertain or where they would not procure a suitable substitute performance, specific performance might be the only appropriate remedy. See Sokoloff v. Harriman Estates Dev., 96 N.Y.2d 409, 415 (2001); see also Van Wagner, 67 N.Y.2d at 193. The fact that the parties are dysfunctional and require ongoing judicial supervision might not be sufficient to overcome the inadequacy of money damages and the risk of undercompensating the plaintiff.

Denying specific performance might also be the wrong outcome if the terminating party terminates in bad faith without any legitimate basis and then argues that the parties cannot continue based on manufactured animosity.

Ideally, the terminating party should be able to point to a pattern of irreconcilable conflicts supported by documents and witness testimony, not the mere say-so of its attorneys. The absence of such evidence may be cause for questioning any claims of hostility and favorably considering an award of specific performance. However, as above, cases like this should be rare, and courts should not ignore or discount true evidence of hostility.

Final Thoughts and Recommendations. Whether specific performance is an appropriate remedy is a fact-driven question that does not necessarily end at whether a damages estimate is feasible, nor should it. Regardless of the high likelihood that a modern damages expert will be able to find a reasonable damages estimate, the party seeking specific performance might still argue that money damages fall short of the compensation it is looking for. But the goal is adequate, not perfect, compensation.

And to the extent there is other evidence demonstrating, for example, (1) the parties’ continued inability to agree on the scope of each party’s obligations, (2) difficulties in communication between the parties as compared with the multiplicity and variety of issues that necessitate their cooperation, and (3) the lengthy (or even indefinite) nature of their relationship, an order of specific performance will not be advisable. In those cases, it will be best for litigants to diligently prepare an adequate measure of damages and for courts to allow the parties to separate. 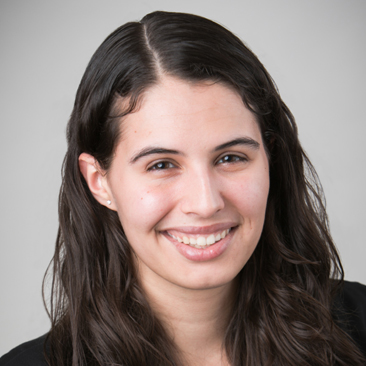