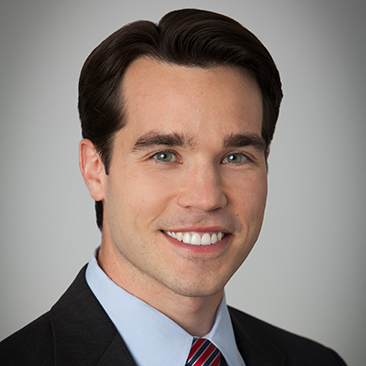 Sutton Ansley is counsel in Weil’s Washington, DC office and a member of the Firm’s Patent Litigation practice, where he focuses on 337 investigations before the U.S. International Trade Commission, district court patent litigation, and inter partes reviews before the U.S. Patent and Trademark Office.

Mr. Ansley has served on teams representing clients in litigations involving the fields of metallurgy, computer architecture, semiconductors, user interface, cable set-top boxes, software, smartphones, and network communications. Some representative matters on which he has worked include:

Mr. Ansley possesses a broad skillset from his years of litigation experience. For example, he has taken and defended depositions, advised on litigation strategy, managed various phases of a case, and drafted a diverse number of filings and other papers, including granted motions, expert reports, witness statements, and briefs. Mr. Ansley has also worked on teams counseling clients on IP licensing arrangements, including those leading up to or that resulted from corporate mergers and acquisitions.

Outside of the intellectual property context, Mr. Ansley dedicates his time to pro-bono matters. He has worked towards securing the safety and rights of a class of foster care children in state custody, served on a team of attorneys representing deaf and hard of hearing inmates seeking to obtain ADA-mandated accommodations, and assisted a local small-business owner in resolving a complex legal dispute. In one matter, Mr. Ansley delivered opening remarks to a magistrate judge at a mediation, during which Mr. Ansley and the team of attorneys were able to overcome persistent barriers to a settlement while garnering several favorable outcomes for the clients.