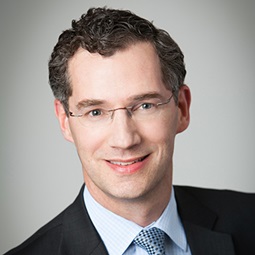 Todd Larson, an IP/Media partner in Weil’s Litigation Department, represents and counsels a wide variety of traditional and new media clients in connection with copyright infringement litigation, rate-setting litigation and trials before the ASCAP and BMI rate courts and the Copyright Royalty Board (CRB), product development, and negotiation of music publishing and sound recording performance licenses.

Among his notable experience, Todd has served as a lead member of trial teams representing Sirius XM, Pandora and the Digital Media Association in several multi-week proceedings before the CRB to set sound recording performance rates for those companies, as well as on appeal before the D.C. Circuit. In previous rate-court cases, he helped background music service DMX secure the first ever “adjustable fee blanket license” from both ASCAP and BMI in consecutive trials in the Southern District of New York.

Todd’s interest in copyright and IP issues dates to his days at Harvard Law School, where he was an active participant at the Berkman Center for Internet & Society and a contributor to the Berkman Publication Series, as well as to his experience as a lifelong musician. Todd has been recognized by Chambers USA as a leading lawyer in New York for Trademark, Copyright and Trade Secrets and Media and Entertainment: Litigation. Clients have noted that Todd’s “clear communication, expertise and attention to detail is invaluable,” that “he is smart, able and professional,” and that “he is a really fantastic lawyer.” Todd also is recognized by Legal 500 as a recommended lawyer for both Media & Entertainment: Litigation and IP: Copyright. In 2021 and 2022, he was named a “Top Music Lawyer” nationwide by Billboard magazine, and in 2014 and 2015, he was recognized as a “Rising Star” by New York Super Lawyers.

Todd writes and speaks regularly on IP developments and litigation. In 2020, he received a Burton Distinguished Legal Writing Award for an article he co-authored entitled “Music Licensing Overhaul Signed into Law,” which originally was published in Intellectual Property & Technology Law Journal.