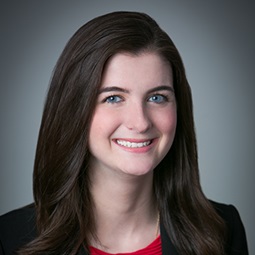 Taylor B. Dougherty is an associate in Weil’s Complex Commercial Litigation and IP/Media practices, where she focuses on a range of commercial disputes in state and federal courts, IP litigation and counseling, alternative dispute resolution, and restructuring-related litigation.

Ms. Dougherty has played lead roles at all phases of litigation and dispute resolution. She has experience drafting key motions, preparing for and taking depositions, managing fact and expert discovery, including complex e-discovery issues, and preparing for hearings and trial proceedings.

Ms. Dougherty also maintains an active pro bono practice, where she partners with organizations such as the Innocence Project on criminal justice reform. She also is a member of Weil’s women’s affinity group, Women@Weil, and works on a number of internal firm mentoring initiatives.

Ms. Dougherty received her J.D., magna cum laude, from Brooklyn Law School in 2016, and her B.S. and B.A. from Lafayette College in 2013. While in law school, she was an Executive Articles Editor of the Brooklyn Law Review and published a student note, “Outsmarting” Death by Putting Capital Punishment on Life Support: The Need for Uniform State Evaluations of the Intellectually Disabled in the Wake of Hall v. Florida, 81 Brook. L. Rev. (2016). She also competed internationally for the Moot Court Honor Society and was named the Best Oral Advocate in the International Rounds of the Monroe E. Price Comparative Media Law Moot at Oxford University in 2015.

Prior to joining Weil, Ms. Dougherty worked as a student prosecutor in the criminal division of the U.S. Attorney’s Office for the Eastern District of New York.