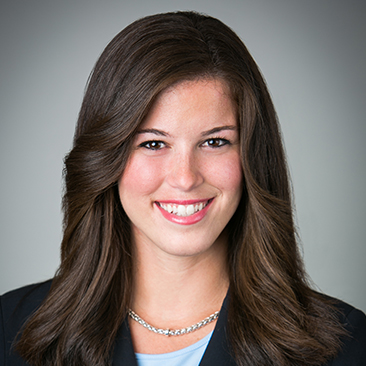 Nicole Comparato is an associate in Weil’s Complex Commercial Litigation practice, where she focuses on litigating a broad range of disputes, including in the class action, product liability, and restructuring contexts.

Ms. Comparato is also actively involved in pro bono engagements, and currently serves on the Weil team assisting the Legal Aid Society in representing human trafficking victims in motions to vacate convictions related to their exploitation.

Prior to joining Weil, Ms. Comparato served as a Judicial Intern for The Honorable Paul C. Huck of the U.S. District Court for the Southern District of Florida. Ms. Comparato was also a Legal Intern for the University of Miami’s Athletics Compliance Office.

Ms. Comparato received her J.D., summa cum laude, from the University of Miami School of Law, where she served as Editor-in-Chief of the University of Miami Law Review and graduated third in her class. During law school, she also served on the Board of Governors for the Law Student Division of the Florida Bar Young Lawyer’s Division. She was inducted into the Order of the Coif upon graduation. Prior to law school, Ms. Comparato received a double B.A. degree, with distinction, in Journalism & Mass Communications as well as Political Science from the University of North Carolina at Chapel Hill. There, she served as Editor-in-Chief of The Daily Tar Heel student newspaper.