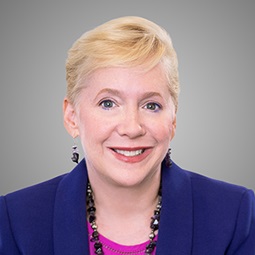 Lori L. Pines is Weil’s Chief Wellness Officer and a Litigation partner at the Firm.

During her 25-plus year career as a litigator, Lori has played a central role in managing the defense of extraordinarily complex and public disputes, including one of the largest class action/multi-district litigation proceedings, for companies in the financial services, private equity, insurance, life sciences, managed care, telecommunications, energy, and manufacturing sectors, among others. She has handled a number of lengthy jury trials in both state and federal court, argued important appeals, and negotiated favorable, business-oriented settlements. Lori also has handled numerous government agency investigations, class actions, and employment disputes. Additionally, she has extensive arbitration experience, including before the American Arbitration Association (AAA), International Centre for Settlement of Investment Disputes (ICSID), and the International Chamber of Commerce (ICC), where she played a significant role in coordinating the defense of one of the largest arbitrations ever filed. She has earned an outstanding reputation with clients for her case management and trial preparation skills, practical strategic judgment about complicated litigation issues, and responsiveness to client needs.

Lori has been recognized since 2014 as a leader in Business Litigation by SuperLawyers Magazine.

Lori received her J.D. from New York University School of Law, where she was a teaching assistant in the Lawyering Program and a member of the Moot Court Editorial Board. She has a Masters in Public Affairs (M.P.A.) from Princeton School of Public and International Affairs, a B.A. in Biology from Harvard College, where she graduated with Honors, and is a Duke IM Trained Integrative Health Coach. In 2022, she received her certification as a Corporate Wellness Specialist and as a Mental Health First Aid Instructor. 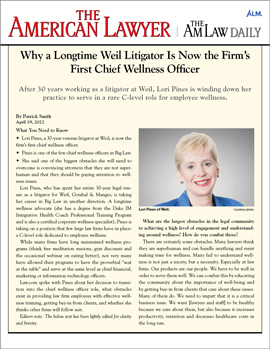