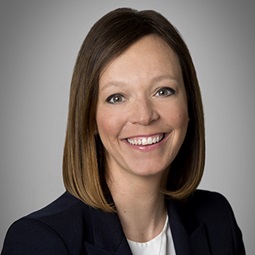 Kirsten Erichsen is a Restructuring counsel in London. Kirsten has been involved in a number of high profile domestic and cross-border restructurings and insolvencies. She is experienced in advising on restructuring matters in the sovereign, financial services and insurance sectors, including out-of-court restructurings, formal insolvencies, schemes of arrangement and contingency planning. She has advised on both creditor and debtor mandates for a variety of clients including distressed corporates, co-ordinating committees, financial institutions and insolvency practitioners.

Kirsten speaks fluent German and is a member of the Insolvency Lawyers’ Association and R3.