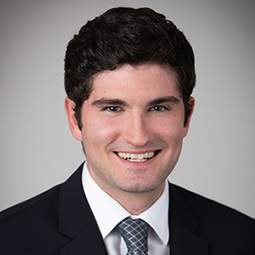 Joseph’s recent experience includes serving on Weil teams representing a pharmacy chain defendant in the first bellwether jury trial against pharmacies in the massive MDL opioid litigation where two plaintiff Ohio counties sought over a billion dollars in damages; a global surgical implant supplier in a contract dispute related to a manufacturing and distribution agreement; an oncology testing company in patent infringement litigation brought in Delaware federal court; a global pharmaceutical company as plaintiff in a significant antitrust dispute involving the epinephrine auto injector market; and a beverage manufacturer in a breach of contract arbitration.

Joseph received his B.A. from Hamilton College and his J.D. from Columbia Law School where he was a Harlan Fiske Stone Scholar and served as the Editor-in-Chief of the Columbia Journal of Environmental Law. While in law school, Joseph served as a judicial extern for the Hon. Dora L. Irizarry of the United States District Court for the Eastern District of New York.