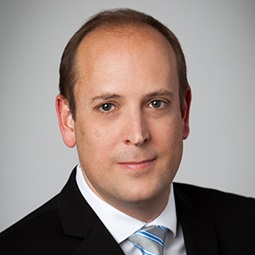 Derek is a partner in the Patent Litigation practice in Weil’s Silicon Valley office. His practice area focuses on technologies in the biological and chemical disciplines. He has worked on both the plaintiff and defense side in matters relating to DNA sequencing technology, noninvasive fetal diagnostic techniques, and laundry chemicals. Derek has participated in representing clients before the International Trade Commission and US District Courts in all phases of patent litigation encompassing a wide range of technical areas, including life sciences, software, data storage devices, Internet technologies, networking equipment, and microprocessor design. During the 2008-09 judicial term, he served as a law clerk to the Honorable Joseph J. Farnan Jr. in the United States District Court for the District of Delaware.

In 2020, Derek was selected as a national Life Sciences “MVP” by Law360, and was named among the “Top Intellectual Property Lawyers” in California by the Daily Journal. He is currently recognized by Chambers USA as a leading lawyer for Life Sciences: Patent Litigation in California, Legal 500 as a “Recommended Lawyer” for Intellectual Property: Patent Litigation: Full Coverage and Healthcare: Life Sciences, and by Managing Intellectual Property’s IP Stars as a “Patent Star.” He has also been recognized by The American Lawyer in its “Litigator of the Week” profile for helping to secure for Illumina, a major manufacturer of DNA sequencers, a rare preliminary injunction shutting down a competitor’s infringing product.

Derek began practicing law in 2006 after graduating Order of the Coif from Berkeley Law. While in law school, Derek served as an executive editor of the California Law Review. Prior to pursuing a legal career, Derek earned his Ph.D. in physical chemistry at the University of California, Los Angeles, where he was awarded a National Science Foundation Graduate Research Fellowship. Derek is the author of over a dozen scientific publications in areas including bacterial genetics, gas phase ion chemistry, and computational chemistry.