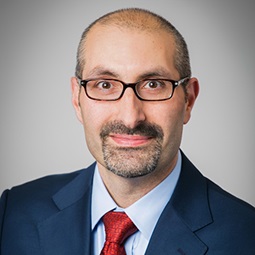 Ted Tsekerides is a partner in Weil’s Litigation Department, where he concentrates his practice in product liability/mass torts, complex commercial litigation, and bankruptcy litigation matters, as well as risk avoidance counseling and strategy.

Ted is currently ranked by Chambers USA as a leading lawyer nationally, where clients note that he is “a wonderful lawyer” with “excellent experience” who is “very responsive” and “easy to work with, smart, competent and charming.” He also has been recognized by Benchmark Litigation as a national “Litigation Star” and as a “Local Litigation Star” in New York, and by Legal 500 as a “recommended” lawyer nationwide for Product Liability and Mass Torts, as well as General Commercial Disputes.

Ted has over 25 years of litigation and trial experience representing companies in high-stakes matters that threaten their reputations and businesses. He has extensive experience in multi-district litigation, class actions, and individual actions, and has represented clients in federal and state courts throughout the country at all stages of the litigation process, including often acting as coordinating national litigation counsel. For example, he:

Ted also has substantial experience serving as litigation counsel to trustees, debtors, and creditors in bankruptcy proceedings and related disputes involving a wide range of industries, including transportation, energy, arts and antiques, securities, and telecommunications. In addition to his work with J&J referenced above, his notable recent experience includes:

His other prior relevant experience includes serving as a lead litigation counsel in the Enron, WorldCom, and Loral Satellite bankruptcies.

Ted also has experience litigating insurance coverage disputes, both for carriers and insureds, involving a variety of matters and policy types ranging from malicious product tampering to environmental cleanup obligations.

Ted is the co-author of “Expert Evidence In The Second Circuit,” appearing in Scientific Evidence Review, and has written widely on other evidentiary matters concerning the admissibility of expert evidence in class actions.

Ted received his J.D. from Brooklyn Law School and his B.A. from Columbia University.