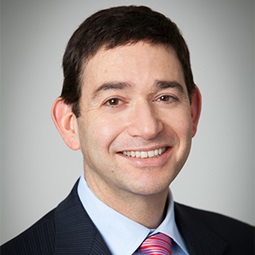 Robert is a partner in Weil’s Litigation Department and a member of the Complex Commercial Litigation and Patent Litigation practices, as well as the Firm’s Privacy & Cybersecurity group. For more than two decades, he has successfully litigated and tried high-stakes disputes involving technology, IP licensing, and other complex commercial matters in courts nationwide, and in domestic and international arbitration proceedings.

Robert regularly publishes and speaks on a wide range of legal and litigation issues. Most recently, Robert has published and has been quoted about emerging technology-related issues facing companies in a variety of sectors, such as the risks associated with the Industrial Internet/Internet of Things, Big Data, and privacy. Robert has been a faculty advisor to the Trade Secrets Institute at the Brooklyn Law School. He also maintains an active pro bono practice, including assisting immigrant victims of domestic violence, as well as work on behalf of the Innocence Project and the Epilepsy Foundation.

Robert has been recognized as a leading lawyer by New York Super Lawyers and as a recommended lawyer by Legal 500.