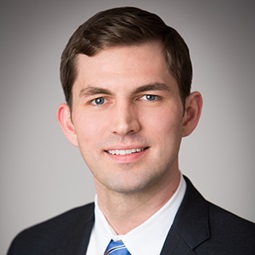 Jeremy Cain is an associate in Weil’s Litigation Department, where his practice focuses on complex commercial litigation and intellectual property matters in state and federal court, as well as in alternative dispute resolution forums and before the Copyright Royalty Board (CRB).

Jeremy has a wide range of experience litigating and counseling with respect to complex copyright, music licensing, commercial litigation, and bankruptcy matters. Some of his notable experience includes serving on Weil teams representing:

Jeremy has been recognized for his pro bono work, which has focused on helping disadvantaged children with special needs and advising Lincoln Center for the Performing Arts on copyright and trademark issues.

In 2020, Jeremy was recognized in Best Lawyers: Ones to Watch, and received a Burton Distinguished Legal Writing Award for an article he co-authored entitled “Music Licensing Overhaul Signed into Law,” which originally was published in Intellectual Property & Technology Law Journal.

Jeremy received his J.D. from Vanderbilt University Law School, where he was Chief Justice of the Moot Court Board, won the ABA’s National Appellate Advocacy Competition Regional Championship, and coached the Mock Trial Team.