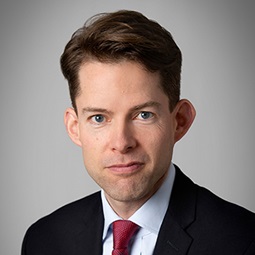 Jamie Maples is a partner in the Firm’s London Disputes and Investigations practice and a member of the International Arbitration & Trade group.

Jamie has successfully represented clients in some of the most complex and high profile commercial disputes in recent years.

His notable cases include acting for Littlewoods in its £1.25 billion claim against the UK tax authorities, including before the Supreme Court. The case was widely reported in the press and earned the team plaudits including “Dispute Resolution Team of the Year” at the Legal Business Awards, “European Tax Disputes Firm of the Year” at the International Tax Review European Tax Awards, and “Standout” firm at the FT Innovative Lawyers Awards.

Jamie has also been named among The Lawyer’s Hot 100, specifically noting his work on “one of the most significant Islamic finance cases to come before the English courts to date” (Dana Gas PJSC v Dana Gas Sukuk Ltd & Ors).

Jamie’s practice spans court litigation, international arbitration, investigations and contentious regulatory and employment matters.  He acts for clients across a wide variety of sectors including banking and financial services, private equity, media, technology, energy, engineering, and the retail and hospitality industries. He also is an experienced advocate, particularly in arbitration matters, where he has represented clients in cases before ad hoc and institutional tribunals under all the major arbitral rules, both in London and in other arbitral centres.

Jamie regularly speaks and publishes on arbitration and other disputes issues. He is recommended for his litigation expertise by Chambers UK, with sources describing him as “technically very strong” and “a shrewd tactician.” He is also recommended for his international arbitration and tax litigation expertise by Legal 500 UK, and was described by sources in the GAR 100 as “truly a breath of fresh air with his non-confrontational approach and talent for refining strategy on the trot”.

Representative matters include acting for: