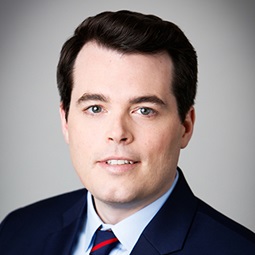 Jack Nolan is an associate in Weil’s Litigation Department, where he focuses on product liability, mass tort, and other complex litigation. He has also worked on teams representing major domestic and international companies in a wide array of commercial disputes, as well as in bankruptcy-related litigation.

Among his recent notable experience, Jack was co-lead trial counsel for Johnson & Johnson in a twelve-week, multi-plaintiff trial in New Jersey state court. Jack was also on the Weil trial team that secured a unanimous defense jury verdict for Johnson & Johnson against claims that Baby Powder contained asbestos and caused plaintiff’s cancer. This marked the first win for the company in New Jersey, where thousands of similar cases are pending.

Jack was also part of the Weil team that secured a complete trial victory for the respondent in a Hague Convention proceeding brought in the Southern District of New York. Following a twelve-day bench trial (over Zoom), where Jack cross-examined the petitioner’s only expert witness, the court denied the petitioner’s request to return a child to her home country, holding that the respondent had demonstrated by clear and convincing evidence that doing so would expose the child to grave risk of harm.

Jack has significant experience at every phase of litigation, in a variety of jurisdictional settings. This includes primary responsibility for pleadings, dispositive motions, managing discovery, witnesses preparation, and examining witnesses in depositions and at trial. Jack also frequently litigates on behalf of both debtors and creditors in complex chapter 11 cases.