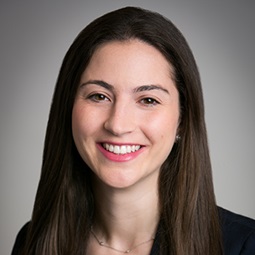 Allison Semaya is litigation counsel in Weil’s Product Liability practice group. She focuses her practice on the defense of product liability actions, mass tort matters, class actions, and other complex litigation for clients in the consumer products, pharmaceutical, publishing, and transportation industries.

Among her notable experience, Allison played an active role on a team representing a pharmaceutical client in a licensing, development, and commercialization dispute with a partner company. She is assisting a consumer products company in a high-stakes MDL in connection with allegations that its artificial turf sports fields deteriorated prior to their advertised life-span. Allison is also currently part of the Weil team advising Johnson & Johnson, as a creditor in the mass tort chapter 11 cases of Imerys Talc.

She was also a member of the Weil team counseling Takata Corporation in their chapter 11 bankruptcy proceedings, where her work focused on mass tort and litigation claims arising out of numerous recalls of airbags containing allegedly defective parts supplied by Takata. In these cases, Allison was an integral member of the Weil team that secured a critical victory for the Debtors by convincing the court to grant their motion for a preliminary injunction, and temporarily staying hundreds of cases throughout the country against car manufacturers that utilized Takata’s airbags, as well as claims against Takata brought by the governments of New Mexico, Hawaii, and the U.S. Virgin Islands that threatened the Debtors’ ability to restructure.

In 2018-2021, Allison was selected as a Rising Star for Products Liability by Super Lawyers, and she was also recognized in the 2022 edition of Best Lawyers: Ones to Watch for Mass Tort Litigation and Class Actions. Allison is a member of the American Bar Association and is the co-chair of the Enterprise Risk Subcommittee of the Corporate Counsel.