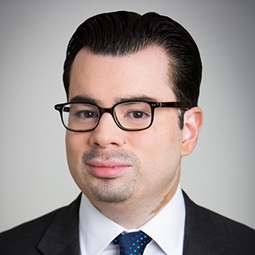 Sunny Singh is a partner in the Firm’s Restructuring Department.

Sunny leads all aspects of highly complex domestic and international restructuring matters representing debtors, creditors, sponsors, investors, lenders and other interested parties in both in and out-of-court situations.  Sunny has worked on some of the largest and most complex restructuring matters, including representing the chapter 11 debtors in Exide, a global restructuring which resulted in achieving a first of its kind global settlement with more than a dozen regulators to resolve hundreds of millions of dollars of Exide’s historical environmental liabilities, the Sears debtors in their chapter 11 cases, which was one of the largest retail chapter 11 filings ever, and J.Crew, one of the nation’s premier clothing retailers, in its groundbreaking out-of-court exchange, which won the Financial Times North American Innovative Lawyers (2017) award for “Accessing New Markets and Capital.”

Most recently, Sunny was ranked Up and Coming for Bankruptcy/Restructuring by Chambers USA, with commentators saying that he was “spectacular” and “impressive in his commercial approach and court presence.” In 2020 he was selected by the American Bankruptcy Institute as one of its “40 Under 40” honorees.  Sunny has also been named a “Rising Star” for Restructuring and Insolvency in the U.S. by IFLR1000 (2020 and 2022), a “Rising Star” by Legal Media Group’s Expert Guides (2021), and a “Rising Star” by Law360 (2017).

Prior to joining the Firm, Sunny clerked for the Honorable Robert D. Drain at the United States Bankruptcy Court for the Southern District of New York from 2006 to 2008.