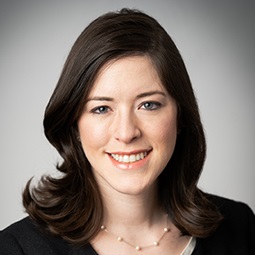 Sarah Sternlieb is a senior associate in Weil’s Appellate and Complex Commercial Litigation practices. She focuses on litigating complex disputes in state and federal trial and appellate courts, including the U.S. Supreme Court.

Sarah has experience at all phases of litigation, including developing litigation strategy, drafting motions, overseeing discovery, preparing for and first-chairing depositions, drafting dispositive trial briefs, appellate briefs, amicus briefs, Supreme Court petitions and merits briefs, and arguing appeals. She has worked on cases involving patent, securities, contract, antitrust, and bankruptcy claims, among others. Recently, Sarah successfully argued an appeal before the Eleventh Circuit, securing a reversal for her client in a religious freedom case.

Prior to joining Weil, Sarah served as a law clerk for Judge Jill Pryor of the U.S. Circuit Court for the Eleventh Circuit. She also worked in the litigation and appellate practices at other well-known international and U.S. law firms where she worked on a broad range of disputes, including a significant antitrust multi-district litigation, shareholder class actions, bankruptcy litigation, and patent and IP licensing disputes.

Sarah is actively involved in Firm and other professional organizations, including the UJA Young Lawyers Leadership Committee, UJA’s Jewish Life in Action committee, and the National Association of Women Lawyers, and Women@Weil, Weil’s women’s affinity group. Sarah has been published in a variety of publications, including Slate and the Emory Law Journal.

Sarah received her J.D. from Emory Law School in 2013, where she graduated with honors and as a member of Order of the Coif. During law school, she served as Executive Managing Editor of the Emory Law Journal, was a teaching assistant for Advanced Legal Writing, and won the Outstanding Brief Award during the 2011 Moot Court Society 1L Competition. Sarah received her B.A. from the University of Virginia in 2009.