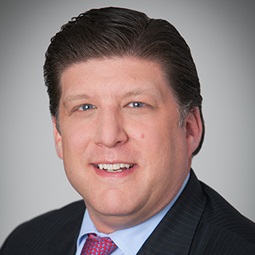 Matthew Gilroy is a partner in Weil’s Mergers & Acquisitions practice and is based in New York.

Matthew is recognized as a “Highly Regarded” lawyer for M&A in the U.S. by IFLR1000, a “Next Generation Partner” for M&A by Legal 500 US, where clients note he is “very knowledgeable,” “delivers practical advice” and is “able to effectively lead deals and coordinate across multiple practice areas,” and has been recognized by Chambers USA. He is included in Lawdragon’s “500 Leading Dealmakers in America” list. Matthew was named a 2014 “Rising Star” by Law360 and to The M&A Advisor’s 2013 “40 under 40” list as an emerging leader in his field. He was profiled in Law360’s “Sealing the Deal” for his work advising Medicis in its $2.6 billion sale to Valeant Pharmaceuticals (n/k/a Bausch Health Companies) and was also profiled as a 2013 “MVP” for Health by Law360. Matthew has authored several articles on the fiduciary duties of corporate directors and developments in the mergers and acquisitions area. In 2006, he received a Burton Award for Legal Achievement for his article, “Taking a Hard Look at Poison Pills” (New York Law Journal, November 7, 2005).

Matthew is also part of Weil’s Professional Evaluation & Compensation Committee, and has been active within the profession overall, having represented the Firm on the Corporations Law Committee of the New York City Bar. Matthew is a member of the Board of Visitors of the Georgetown University Law Center and Georgetown’s Corporate Counsel Institute. Matthew is also a member of the Board of Directors of New Alternatives for Children, a charitable organization that provides innovative high quality services in support of birth, foster and adoptive families caring primarily for medically fragile children.