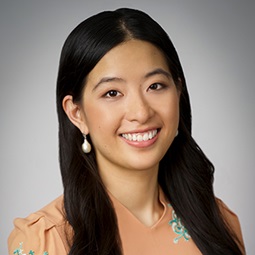 Jessie Chiang is an associate in Weil’s Banking & Finance practice and is based in New York. Jessie participates in advising borrowers, private equity sponsors, banks and other financial institutions in a variety of financing transactions, including first and second lien credit facilities, middle market and large cap financings, cross-border and domestic acquisition financings, and debt restructuring transactions.

Jessie has been part of the teams advising:

Prior to joining Weil, Jessie was a corporate associate at another international law firm.

Jessie received her J.D. from Columbia Law School, where she was a Harlan Fiske Stone Scholar, James Kent Scholar, the Fundraising Chair for the Asian Pacific American Law Students Association and Co-President of the Entertainment, Arts and Sports Law Society. She received her B.A. from Georgetown University.

Jessie is fluent in Mandarin and is proficient in Taiwanese and French.