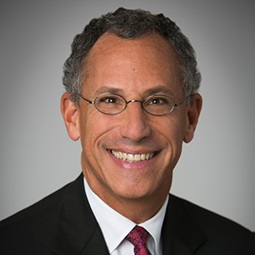 Jeffrey Tabak retired from the partnership in 2018. Jeffrey was a founder of the Firm’s Private Funds practice. He regularly represented a number of private investment funds, and their sponsors, in connection with their organization and the acquisition and disposition of their investments. He counseled institutional investors and represented a number of money management firms and has been involved in many acquisitions of money managers. He also had a wide-ranging corporate and securities law practice.

Jeffrey has been consistently recognized as a leading lawyer for private equity by Chambers Global and Chambers USA and recognized as a “highly regarded” lawyer in Investment Funds by IFLR1000. He has been recommended for Private Equity Funds by Legal 500 US and named a “Best Lawyer” for Corporate Law and Private Funds / Hedge Funds Law in New York by Best Lawyers in America. Additionally, Jeffrey has been listed among the world’s leading lawyers in Private Funds by The International Who’s Who of Private Funds Lawyers, and was named one of America’s “Top 25 Pre-Eminent Private Equity Lawyers” by The Best of the Best USA 2010.

Jeffrey has written and spoken on a variety of topics relating to private investment funds. He is a member of the New York State and American Bar Associations, and is the Vice-Chairman of the ABA Federal Securities Subcommittee on Hedge Funds. Jeffrey is active in pro bono matters and is a trustee and secretary of the Museum of Jewish Heritage: A Living Memorial to the Holocaust and serves as counsel to the Board of Directors of the National September 11 Memorial and Museum at the World Trade Center Foundation. He served as a trustee of Home Instruction for Parents of Preschool Youngsters (HIPPY) USA from 1996 to 2002, was Vice-Chairman of the Board from 1997 to 1999 and continues to serve as counsel. HIPPY awarded Jeffrey its Founders award in 2006.

Jeffrey received a B.A. in political science and a J.D. from Duke University. He graduated