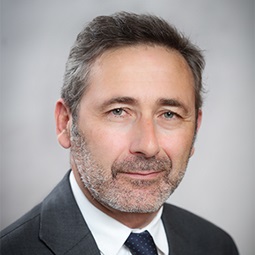 Frédéric Cazals is a partner in the Paris office whose practice is entirely focused on M&A and private equity transactions, including LBOs and public-to-private transactions, both domestic and cross-border. He regularly advises LBO funds (including InfraVia, Chequers Capital, Ardian, Sagard, Eurazeo) and has been involved in the development and implementation of private equity investments for more than 20 years. He also has extensive experience in M&A and represents leading institutions and companies in France and across Europe.

Since 2006, Frédéric has been consistently ranked as a leading lawyer in Private Equity by Chambers Global and Chambers Europe which note that “he is admired for his client-friendly approach and depth of expertise”. Clients endorse Frédéric, who is “not only an excellent technician but also has great intellectual and moral strength. He doesn’t go in all guns blazing and knows how to reach a compromise”.

Frédéric graduated from Sciences Po Paris in 1989 and obtained a Law degree (Maîtrise) at the University of Paris II Assas in 1987. He has been a member of the Paris Bar since 1992.