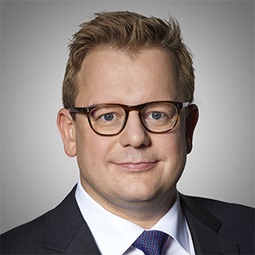 Ansgar Wimber is a partner in our Frankfurt office, specializing in private equity and public and private M&A transactions. Ansgar also advises on capital market transactions and general corporate matters.

His prior experience included working as an investment banker at Goldman Sachs (2011 to 2013) and as a lawyer at Sullivan & Cromwell.

Ansgar has advised on a number of transactions including:

*Matters prior to working for Weil, Gotshal & Manges.

Ansgar is a graduate of the University of Cologne (law degree 2003, business administration degree in 2005 and Dr. iur. 2009). He was admitted to practice in Germany in 2008.

Ansgar is fluent in German and English.