Our blend of litigation and arbitration experience brings expertise to all sides of complex disputes, including successfully defending clients against private, government, and class action suits, and representing plaintiffs in major cases of first impression.

We have achieved successful results for clients at every phase of the litigation process in both trial and appellate courts, including obtaining dismissals of class action and other complaints, defeating class certification, winning summary judgment motions, prevailing at trial or on appeal, and obtaining highly favorable settlements.

We have significant experience in handling internal investigations and in dealing with insurance regulators, including assisting clients with investigations by Congressional committees and state attorneys general.

We also have significant experience in handling complex reinsurance arbitrations, representing or being adverse to some of the largest companies in the world.

Weil advised CIT Group, a lessor of rail freight cars, on all insurance issues arising out of the 2013 train derailment in Lac-Mégantic, Quebec – the deadliest non-passenger rail accident in Canadian history – and related personal injury, wrongful death, and bankruptcy litigation that ensued. Damages asserted in the underlying cases exceed $2 billion.
Weil obtained a victory for our clients Citigroup and MetLife in a purported nationwide class action alleging that our clients had engaged in illegal rebating in connection with the use of structured settlements to settle insurance claims. After the Connecticut state court certified a nationwide class, we appealed. After we briefed the appeal, the Connecticut Supreme Court took the appeal (as opposed to it being heard by the Connecticut Appellate Court), and we argued the appeal before a five judge panel. In a unanimous decision, the Connecticut Supreme Court reversed the trial court’s ruling in its entirety and decertified the nationwide class because, in part, individual issues of fact and law predominated.
Weil successfully settled three nationwide class actions that had been brought on behalf of 750,000 long-term care insurance policy holders. The class action involved claims of fraud, breach of fiduciary duty and violations of unfair trade statutes in connection with the sale and marketing of these policies. The settlement was widely recognized in the press as being advantageous to Conseco.

Also on behalf of Conseco, Weil was the first firm in the U.S. to successfully defeat class certification in a “modal premium” class action, where plaintiff sought certification of a nationwide class of over 400,000 policyholders, alleging damages in excess of $600 million.

Weil represents Farmers Insurance and various affiliates in In re Auto Body Shop Antitrust Litigation, a multidistrict litigation (MDL) in Florida federal court comprising dozens of cases across the country brought by auto repair shops, alleging that Farmers and dozens of other insurers artificially suppress reimbursement rates for auto body repairs, in violation of antitrust, RICO, and other statutes. In September 2015, Weil won the dismissal with prejudice of all claims in the lead case of the MDL, and over the course of the following year, Weil secured the dismissal of 13 related cases in the MDL. Plaintiffs in five of the dismissed cases appealed these decisions to the Eleventh Circuit, which in September 2017 issued a 2-1 panel decision, over a vigorous dissent, reversing the trial court rulings and remanding for further proceedings. After an exceedingly rare grant of an en banc petition prepared by Weil, in March 2019 the Eleventh Circuit affirmed the district court’s dismissal with prejudice in an en banc review of the consolidated appeal. In addition, Weil won a significant victory in May 2017 for Farmers Insurance and its affiliates when a Florida federal court granted the dismissal of all claims in a nationwide putative RICO class action, another component of the MDL.

Weil also served as lead counsel for 21st Century Casualty Company and Farmers Insurance affiliates in two False Claims Act suits in the Western District of New York relating to Medicare coverage. Weil won the dismissal of each case in 2016, and then secured affirmation by the Second Circuit in each case in early 2017.

Weil obtained summary judgment for Genworth in a class action in federal court in New Jersey asserting claims for breach of contract in connection with premium rates for long-term care insurance policies.

Weil successfully represented Genworth in a purported nationwide class action filed in the Northern District of Ohio related to the optional inflation rider on Genworth long-term care insurance policies. The named plaintiff, the estate of a deceased beneficiary, alleged it was due additional benefits under the beneficiary’s long-term care insurance policy. Weil filed a motion to transfer the action to Connecticut, as well as a motion to dismiss the complaint. Following the filing of these motions, the plaintiff agreed to voluntarily dismiss the complaint.

On behalf of Penn Treaty, Weil successfully prosecuted a major reinsurance arbitration against Gen Re, including discovery and trying the case before the panel, involving complex contract and reserving issues.

We have represented UnitedHealth Group (UHG) and its affiliates (collectively, United) in a number of actions challenging the out-of-network (OON) reimbursement practices of various United entities as well as the licensing of a database by a UnitedHealth Group subsidiary (Ingenix, Inc.) to most major health care insurers. In one of the largest insurance class action MDL’s in history, captioned In re Managed Care Litigation, Weil won a number of significant victories. In the subscriber track, we defeated class certification, while in the provider track, we obtained summary judgment on RICO, fraud and contract claims where plaintiffs sought nearly a billion dollars. Other major carriers settled, but United prevailed in a strategy led by a coordinated effort of our New York and Miami offices. In 2010, we were able to settle the claims of United health plan members challenging their OON reimbursements.

We also represented United and Ingenix in two MDLs involving claims by putative class members in health benefit plans insured or administered by Aetna and Wellpoint.

Weil successfully defended UnitedHealth Group in a case filed by a participant in a self-funded health plan sponsored by AllianceBernstein L.P. The plaintiff commenced a putative class action against AllianceBernstein and United asserting claims based on alleged violations of ERISA §§ 502(a)(1)(B), 502(a)(3), 503, and 502(c)(1)(B), based primarily on defendants’ alleged improper coordination with Medicare of benefits, and the defendants’ alleged failure to provide a full and fair review of healthcare benefit claims. In November 2014, the court granted United’s renewed motion for summary judgment, resulting in a complete dismissal of all remaining claims against United. In dismissing Plaintiff’s breach of fiduciary duty claim under ERISA § 502(a)(2), the court agreed with defendants that such a claim failed because the plaintiff alleged no losses to the plan or misuse of plan assets. In April 2015, the court denied in its entirety Plaintiff’s motion to amend her complaint again and assert additional claims against the defendants, and the matter was subsequently resolved amicably in December 2015.

Weil represented OptumInsight, Inc. and UnitedHealth Group, Inc. and related entities, as well as several corporations and their self-funded ERISA health plans, in a putative class action by two California ambulatory surgery centers (ASCs) on behalf of a proposed nationwide class of ASCs, alleging that the methods used by UHG to reimburse out-of-network (OON) claims for services performed by ASCs was arbitrary and capricious. In two dismissal orders in March and December 2013, the court dismissed with prejudice plaintiffs’ claims under ERISA §§ 502(a)(3), the RICO claims as well any claims arising out of unidentified methods used to reimburse OON claims for services performed by ASCs. Following mediation in April 2015, the parties agreed to a settlement in principle on terms favorable to our clients. In May 2016, the court granted final approval.

Weil serves as lead counsel for UnitedHealth in a nationwide putative class action in Arizona federal court brought by a physical therapy provider who purported to have received an assignment of the rights and benefits of at least 60 plan participants and/or beneficiaries, two individuals treated by the plaintiff provider, and the Arizona Chiropractic Society. Weil also represents 35 of the 45 employer-sponsored health plans named as co-defendants. The Ninth Circuit, in its November 5, 2014 opinion reviewing the district court’s grant of summary judgment in defendants’ favor on all claims, expressed its views on several distinct issues likely to recur in ERISA lawsuits throughout the country, including assignments of benefits, constitutional standing, the enforceability of limitations periods stated in the plan, and whether a claims administrator of a self-funded ERISA plan may be sued for benefits. Following the Ninth Circuit’s decision – which affirmed in part, reversed in part, vacated in part, and remanded – defendants petitioned the U.S. Supreme Court for a writ of certiorari, which was denied on October 13, 2015. Defendants then again moved for partial summary judgment, raising several arguments including constitutional and statutory standing, Arizona’s statute of limitations for ERISA benefits claims, the enforceability of limitations periods stated in different plans, and anti-assignment provisions precluding a provider from filing a civil suit on behalf of a participant. In December 2017, the court granted in part and denied in part defendants’ motion, agreeing with the defendants’ arguments regarding the proper statute of limitations and the enforceability of anti-assignment provisions, and considerably narrowing the case. A settlement is pending.

Weil successfully defended a class action filed by members of health care plans in New Jersey federal court against UnitedHealth Group, Inc., Ingenix, Inc., and other insurers. Plaintiffs asserted ERISA, RICO, and antitrust claims, among others, based on allegations that the reimbursement rates for out-of-network coverage were artificially low due to the insurers’ use of databases supplied by Ingenix. The district court dismissed the antitrust claims for failure to state a claim, the RICO claim for lack of standing, and the state law claims as pre-empted by ERISA. The Third Circuit affirmed the dismissal in May 2016. 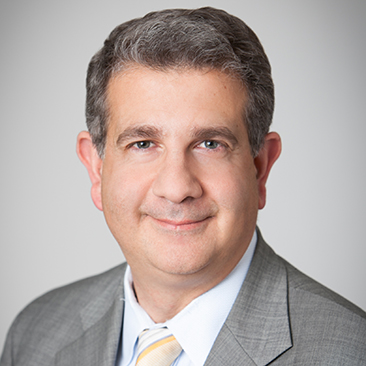