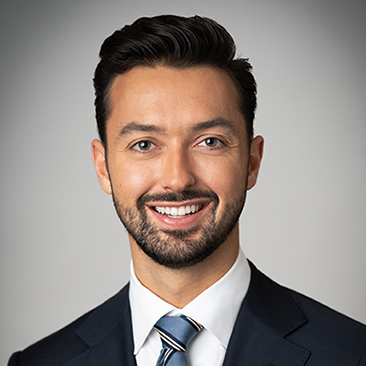 Tanner Stanley is an associate in Weil’s Securities Litigation practice, where he focuses on defending securities class actions and M&A litigation in state and federal courts, as well as handling internal and regulatory investigations.

Mr. Stanley also has a committed pro bono practice. Of late, he has been working with the Lawyers’ Committee for Civil Rights Under Law in connection with its Election Protection program and voter hotline service.

Mr. Stanley currently serves on the Junior Board of New Alternatives for Children, a charitable organization that provides healthcare and social services for medically complex children and their families in the New York City area.

Mr. Stanley received his J.D. from Osgoode Hall Law School, where he received a number of honors, including the Ivan Cleveland Rand Prize in Constitutional Law and the Harold J. Rubenstein Prize in Civil Liberties, and was awarded the Gold Medal for the Class of 2018, in recognition of achieving the highest cumulative GPA. While in law school, he also served as Executive Editor of the Osgoode Hall Law Journal. He received his B.A. from McGill University.

Following law school, Mr. Stanley served as a judicial law clerk for judges of the Court of Appeal for Ontario.