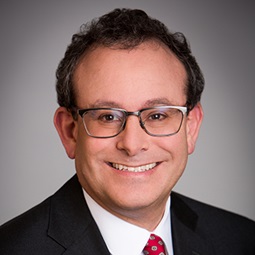 Stephen A. Radin is a partner in Weil’s Securities Litigation practice group. Stephen has litigated, counseled, written, and lectured for more than 35 years on corporate governance subjects, including the business judgment rule, fiduciary duties of corporate directors and officers, shareholder derivative and class action litigation, controlling stockholder and going-private transactions, appraisal, board and special committee investigations and responses to stockholder demands, federal securities laws, disclosure requirements, stockholder books and records demands, and indemnification and insurance of corporate directors and officers.

Stephen’s litigation practice focuses largely on shareholder derivative and class action litigation and stockholder books and records demands. He has won over 50 motions to dismiss (or affirmances of rulings granting motions to dismiss) in shareholder derivative actions alleging breaches of fiduciary duty by directors and officers of some of the largest and most prominent corporations in the United States, in state and federal courts throughout the country. These include multiple actions on behalf of both AIG and General Electric arising out of the 2008 financial crisis and more recent events, and additional actions involving claims, frequently in multiple courts, against directors and officers of Aeropostale, Allstate, American Airlines, American Realty Capital, BearingPoint, Computer Sciences, ExxonMobil, Fairway, Francesca’s, General Motors, iStar, Kid Brands, LaBranche, Lululemon, Signet Jewelers, Trinity Industries, and WalMart.

Stephen is the author of The Business Judgment Rule: Fiduciary Duties of Corporate Directors, a four-volume, 6,000-page treatise that has been cited in over 50 judicial decisions. Stephen received a Burton Award for Legal Achievement, given to lawyers who exhibit excellence in legal writing, in the category “Best Authoritative Book By A Partner In A Law Firm” at a ceremony in the Great Hall of the Library of Congress. This is one of three Burton Award for Legal Achievement awarded to Stephen, the first coming in 2005 for The New Stage of Corporate Governance Litigation: Section 220 Demands, published in the Cardozo Law Review and described as “an excellent discussion and analysis” of Section 220 jurisprudence by the Delaware Supreme Court in Seinfeld v. Verizon Communications, Inc., 909 A.2d 117, 120 n.12 (2006). The most recent came in 2018 for an article entitled “Fiduciary Duties of Corporate Directors in Uncertain Times” commissioned by Columbia Law School’s Millstein Center for Global Markets and Corporate Ownership at the request of participants in the Center’s General Counsel Corporate Governance Summit. Stephen has published numerous additional articles in law reviews and other professional publications.

In 2015, the National Association of Corporate Directors named Stephen to the NACD Directorship 100 in its Governance Professionals and Institutions category, honoring the “most influential people in the boardroom community” who exemplify “knowledge, leadership, and excellence in corporate governance.” Stephen is a member of the American Law Institute and has been selected in Best Lawyers in America in the Corporate Governance and Compliance Law specialty, in New York Super Lawyers in the Securities Litigation specialty, and by Legal 500 US in the Securities Litigation: Defense category. Stephen has served as an adjunct professor teaching corporate governance at Cardozo Law School and as co-chair of the American Bar Association Section of Litigation Committee on Corporate Counsel Subcommittee on Corporate Governance. Stephen also has served as a member of the Law360 Securities editorial advisory board.

Stephen has served since 2002 as a member of the Board of Directors of the New York Legal Assistance Group, a privately funded not-for-profit organization that provides free legal services to over 75,000 low income individuals annually in 125 community offices located in courts, hospitals, and community based organizations in the New York City area, and to tens of thousands more low income individuals through successful class action impact litigation. He also served for eight years as a member of the Board of Trustees of the Stephen Wise Free Synagogue, and for four of those years as a member of the Board’s Executive Committee.

Stephen holds a B.A. with distinction in all subjects from Cornell University and a J.D. from Columbia Law School, where he was a Harlan Fiske Stone Scholar.