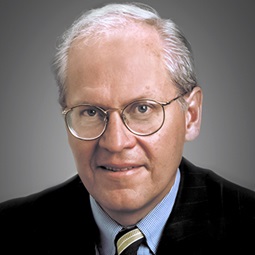 Stephen Dannhauser joined Weil, Gotshal & Manges LLP in 1975. He was named as the Firm's Executive Partner in 1989, becoming Chairman in 2002, a position he held through the end of 2012. Stephen continued in a consulting capacity through 2015 endeavoring to expose his client and community relationships to the Firm. He played a key role in crafting and executing the business strategies that catapulted Weil into the top tier of international law firms, expanding from its headquarters in New York to comprise offices on three continents, over 1,100 attorneys, and more than 1,400 staff members. Under Stephen's watch, the Firm successfully built new practice areas that have become drivers for the Firm's overall success. Also, Stephen was instrumental in the creation of the Firm's institutional practice and the development of major client relationships.

Stephen has been an advisor to members of senior management of a number of public and private companies. He has also played a leading corporate counseling and crisis management role in a number of major corporate restructurings including. Stephen has broad merger and acquisition, capital markets and finance experience, including securities offerings, syndications, and other partnership transactions. For many years he has been recognized as a leading practitioner by Euromoney Legal Media Group's Guide to the World's Leading Mergers and Acquisitions Lawyers and is routinely named in leading legal publications and directories, including International Financial Law Review, The Best Lawyers in America, Super Lawyers, and Lawdragon.

Stephen has long championed diversity and inclusion in business and the workplace, and several professional groups have recognized his contributions in this area. In 2007, the National Minority Business Council awarded Stephen its Chairman's Award for his long-standing support of women- and minority-owned businesses. In 2006, Legal Momentum awarded Stephen its inaugural Champion for Diversity award, which is designed to highlight excellence and leadership in the law, particularly in the area of women's rights. Also in 2006, the YWCA of the City of New York recognized Stephen with its inaugural “Man of the Year” honor for his role in diversifying Weil during his tenure as Chairman, as well as for his support of the YWCA over the course of his career.

Stephen was the 2007 recipient of the New York State Bar Association's Root-Stimson Award for Community Service, an annual award honoring a single attorney who has demonstrated an exemplary commitment to serving the public. Other accolades include the New Yorker for New York Award from Citizens Committee for NYC; Honoree of the Inner City Scholarship Fund; the Fire Commissioner's Humanitarian Award from the FDNY Fire Safety Education Fund; New York World Police & Fire Games' Community Service Award; the New York City Police Department Bomb Squad's Award for Outstanding Service; the Ellis Island Medal of Honor from the National Ethnic Coalition of Organizations; the Founder's Award of the Boys & Girls Harbor, Inc.; Honoree of the New York Police and Fire Widows' and Children's Benefit Fund; Honoree, The Maurer Foundation for Breast Health Education; and the Lifetime Achievement Award from The Michael Bolton Charities.

Stephen also worked closely with various New York City officials, including the former mayor of New York City and the Police and Fire Commissioners of New York City, to raise funds and coordinate assistance for those adversely impacted by the terrorist attacks of September 11th, particularly the widows and children of New York City police officers and firefighters who died in the line of duty.

Stephen graduated from the State University of New York at Stony Brook (B.A. with honors, 1972), and from Brooklyn Law School (J.D. with honors in 1975), where he was a member and decisions editor of the Brooklyn Law Review (1973-1975).

Stephen and his wife Beth have three sons, Benjamin, Todd and Jess.