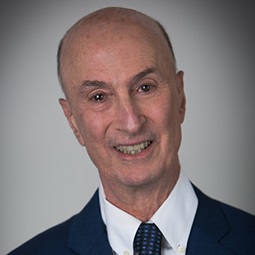 Richard Rothman is Special Pro Bono counsel to the Firm and former co-head of Weil’s Complex Commercial Litigation practice, where he has a 40-year track record of successfully litigating his clients’ most complex disputes through trials and appeals in jurisdictions around the country. During the course of his career, Richard has developed a remarkable appellate record, winning each of the appeals he has argued in the United States Courts of Appeals for the Second, Third, Eighth, Tenth, and D.C. Circuits, as well as the New York Court of Appeals. As a result of his extensive trial and appellate experience, Richard has long been recognized as a leading litigator by legal and media publications, including Benchmark Litigation, Best Lawyers in America, and The Legal 500 US.

Richard has published numerous articles, including Four Practical Rules for Winning Complex Litigation, Preparing Senior Officers to Testify, Lessons from a Life in the Law, and How to Become a Trusted Advisor. He is the editor and principal author of Litigating Complex Cases: From the Inside Out.

Since 2017, Richard has devoted his professional time to the representation of pro bono clients, and other litigation and public service work. He has helped victims of human trafficking vacate criminal convictions that resulted from their having been trafficked, and in some cases to avoid deportation as a consequence of those convictions. Richard serves as co-chair of the Incarcerated Gender Violence Survivors Initiative, and has assisted women gain parole after serving long sentences for committing crimes against abusers. He was also a member of the team that successfully obtained parole for Clifford Hampton, who served more than 61 years at Louisiana’s notorious Angola prison. Richard was recently trial counsel in a case representing a victim of domestic violence in Morocco who fled with her 4-year-old daughter and was sued in a federal proceeding brought by her former husband under the Hague Convention seeking to force the child’s return to Morocco.

Richard serves as Senior Vice-Chair of the Board of Directors of Graham Windham, the oldest non-sectarian child welfare agency in the U.S., and has served as a coach and facilitator for senior leaders of nonprofits. He has previously served in leadership roles in numerous public service organizations, including as President of the Federal Bar Foundation; Director of the Legal Aid Society; Trustee of the Federal Bar Council and Chair of the Council’s Second Circuit Courts and Public Service Committees; Trustee and Counsel to the Board of the American Red Cross of Greater New York; and Chair of the Board of Volunteer Lawyers for the Arts.