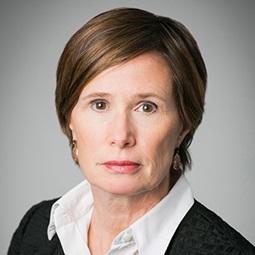 Miranda Schiller is a partner in Weil’s Securities Litigation and Corporate Governance practice, where she focuses on representing companies and their directors and officers in shareholder class and derivative actions. She also has extensive experience counseling clients in transactions involving indentures and other debt instruments. Miranda has been named as one of the top securities litigators in New York City by New York Super Lawyers in every year since 2005. She has also been named a “Recommended” lawyer for Securities Litigation – Defense by The Legal 500. In 2013, her work on behalf of the outside directors of Satyam was recognized among the “Litigation Heavyweights” in the Financial Times’ “US Innovative Lawyers” report.

Other notable matters include:

Prior to joining Weil in 1988, Miranda served as law clerk to The Honorable Lynn N. Hughes of the United States District Court for the Southern District of Texas.

Miranda is a member of the Boards of Directors of the Ping Chong Theater Company. She has been on the Firm’s pro bono committee since 1996 and, over the last 20 years, has represented dozens of clients in pro bono matters. Miranda was the recipient of CancerCare’s 2013 Help and Hope award.