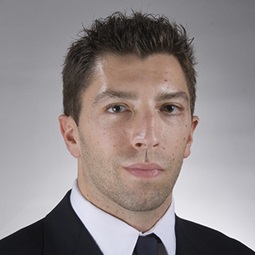 Matthew Goren is a partner in the Restructuring Department of Weil, Gotshal & Manges LLP. He has extensive experience advising debtors and creditors in restructuring scenarios, both in and out of court, across a broad range of industries. Matthew is also experienced in representing financial advisers as retained professionals in chapter 11 cases. Most recently, in 2021, Matthew was recognized for his accomplishments leading the landmark chapter 11 restructuring of PG&E Corporation, named “Mega Company Turnaround/Transaction of the Year” by Turnaround Management Association. Also, in 2021 Matthew was named an “Emerging Leader” by The M&A Advisor.

Prior to joining the Firm, Matthew clerked for the Honorable Burton R. Lifland, Bankruptcy Judge for the United States Bankruptcy Court for the Southern District of New York. Prior to joining Weil, Matthew represented (i) debtors and creditors, including major financial and lending institutions, in connection with corporate restructurings and (ii) court-appointed receivers in proceedings before the State and District Courts involving ponzi schemes and other fraudulent activities.