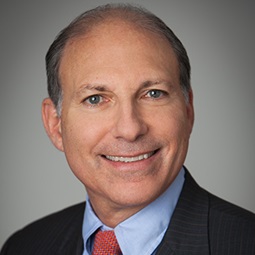 Martin Pollack retired from the partnership at the close of 2018. He was Co-Chair of Weil’s Tax, Executive Compensation & Benefits Department and is a nationally recognized authority on federal income tax matters. He has extensive experience in structuring complex private equity and merger and acquisition transactions, and he regularly advised clients on the formation and operation of private equity funds, joint ventures, and other investment vehicles. Martin’s practice also involved the tax aspects of bankruptcy and insolvency, leasing transactions, and planning for technology intensive enterprises.

As a retired partner, Martin is continuing his prior involvement with Weil’s pro bono initiative supporting the Innocence Project.

Martin has been a frequent lecturer at tax seminars and the author of numerous articles on federal income tax issues. He is the co-author of a treatise, published by Little Brown, analyzing the federal income, estate, gift, and other transfer tax consequences of partnership buy/sell agreements.

Martin has served as an adjunct associate professor of tax law at the New York University School of Law; he is a member of the advisory board of Tax Management; and he was a Chair of the Partnerships and LLCs Committee of the American Bar Association Tax Section.

Martin received numerous awards, including being consistently recognized in Tax by Chambers USA, Legal 500 US and Best Lawyers in America. In addition, Martin was consistently named among the leading “Bankruptcy Tax Specialists” in the nation’s major law firms by Turnarounds & Workouts magazine.