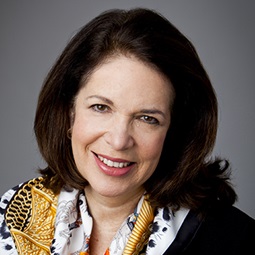 Marcia Goldstein retired from the partnership at Weil, Gotshal & Manges LLP in 2020. She was a partner in the Restructuring Department and served on the Firm’s Management Committee and as chair of the Department. She practiced with the Firm for over forty years in all areas of domestic and international debt restructuring and crisis management. She has been a lecturer at Yale, Harvard, Columbia, NYU, Cornell and Cardozo Law Schools and is a frequent speaker at restructuring seminars both domestically and internationally. Marcia served as lead restructuring lawyer in a number of major international and U.S. cases, representing a wide range of interests and parties. She represented debtors, bank groups, secured and unsecured creditors, purchasers and other parties in numerous major debt restructurings.

Marcia was named “Highly Regarded” for Restructuring and Insolvency in the U.S. by IFLR1000 in 2020; named among the Notable Women in Law by Crain’s New York Business in 2019; was awarded Dealmaker of the Year by The American Lawyer for her work as counsel to Takata in its global restructuring and $1.6 billion asset sale to Key Safety; and was awarded Best in Insolvency & Restructuring by Euromoney Legal Media Group’s Americas Women in Business Law all in 2019. Marcia was named, among a very select few, to receive a Lifetime Achievement Award from the New York Law Journal in 2018. Also, in 2018 Marcia was recognized among IFLR1000’s “Women Leaders”.  She was selected by The National Law Journal as one of its “100 Most Influential Lawyers in America”, was the 2012 recipient of Euromoney Legal Media Group’s award for America’s Women in Business Law and was named among the Top 10 New York Super Lawyers. In 2009, 2011, 2013 and 2015 Marcia was named one of the “50 Most Powerful Women in New York” by Crain’s New York Business in 2013 and in 2008, she was named one of the ‘50 Women to Watch’ by the Wall Street Journal. She was named one of the two “Women of the Year in Restructuring” in 2008 by the International Women’s Insolvency & Restructuring Confederation. She has been recognized as an “Outstanding Bankruptcy Lawyer” seven times by Turnarounds and Workouts, and as “Global Insolvency & Restructuring Lawyer of the Year” – seven years running – by Who’s Who Legal (for the International Bar Association). The American Lawyer featured Marcia as a “Dealmaker of the Year” in 2004 for leading the successful restructuring of WorldCom and in 2008 for her leadership role in situations at the epicenter of the financial crisis, including chapter 11 counsel for Washington Mutual, restructuring advisor to AIG, and U.S. counsel for Kaupthing Bank. Marcia has been consistently ranked “Band 1” in Bankruptcy/Restructuring for Chambers Global, as a “Leading” Lawyer for Chambers USA, Legal 500 and IFLR1000, and has been consistently recognized by Benchmark Litigation as a “Litigation Star” since 2013. She was also recognized in Expert Guides’ 2014 “Women in Business Law” for Insolvency and Restructuring. Most recently, she was named among 50 “Legends” by Lawdragon for making its 500 Leading Lawyers in America list for the 10th consecutive year.

Marcia is a member of the National Bankruptcy Conference, the American College of Bankruptcy and the International Insolvency Institute and has chaired the Business Reorganizations Committee of the Association of the Bar of the City of NY.

Marcia has been a leader of UJA’s Bankruptcy and Reorganization Committee and has served on the Board of Her Justice. She currently serves on the Board of Boys and Girls Harbor, the Leadership Council for Tina’s Wish, and the Cornell Law School Advisory Council.