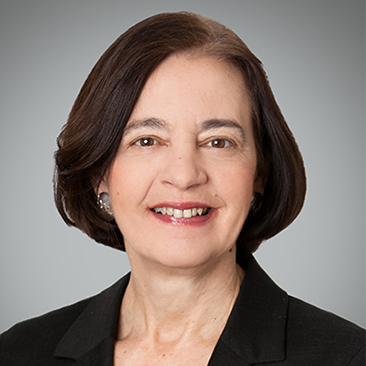 Ms. Blanchard has lectured and published extensively on topics ranging from international tax planning for U.S. businesses to the special tax issues facing foreign persons, pension plans and other exempt investors who invest in U.S. private equity partnerships and in U.S. real estate.

Ms. Blanchard is consistently recognized as a leading Tax lawyer by Chambers USA, Chambers Global, Legal 500 US, Best Lawyers in America and The Best of the Best USA. Ms. Blanchard is ranked Band 1 in Chambers USA where clients note that she is “very smart, very knowledgeable…an expert on the cutting edge of international tax thinking.” She was recognized as the 2019 “Lawyer of the Year” by Best Lawyers in America for the area of Tax Law in New York City and named among the 2019 Top 30 “Best of the Best” attorneys for Tax by Legal Media Group. She is also listed in the International Tax “Hall of Fame” by Legal 500 US, where clients note she “is brilliant and consistently provides quite reasonable and outstanding advice.” Ms. Blanchard has been recognized for Tax by Super Lawyers 2006 – 2019 and was named among 2015 “Top Women” for Tax in New York by Super Lawyers. In addition, Ms. Blanchard was recognized by Expert Guides’ 2014 “Women in Business Law” publication for Tax, named a “Most Highly Regarded” lawyer by Who’s Who Legal: The International Who’s Who of Corporate Tax 2012, was named “Best in Tax” at Euromoney Legal Media Group’s Women in Business Law Awards in 2013 and is shortlisted for the same award for 2020.

Ms. Blanchard is a former Chair of the New York State Bar Association Tax Section. She is active with the American Bar Association's international tax committees and is a member of both the Tax Forum and the Tax Review paper and discussion groups. Ms. Blanchard is a past President of the International Tax Institute. She is a member of the Bloomberg BNA Tax Management International Tax Advisory Board and the author of the Tax Management Portfolio on PFICs, a “Leading Practitioner Contributor” to the Tax Management International Journal and a member of Practical Law Company’s U.S. advisory board. Ms. Blanchard has served on several non-profit boards, including the American Indian College Fund and the Girl Scouts of Greater New York. In April 2019, Ms. Blanchard was honored at the American Indian College Fund’s 30th Anniversary Gala for impacting the lives of nearly 1,000 Native Americans in education by funding 500 student scholarships and contributing to the professional development of 400 tribal college and university faculty members.