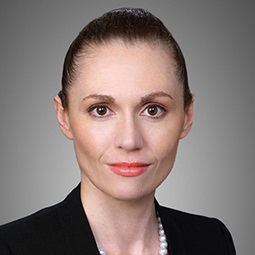 Kathleen Aka (formerly Kathleen Berkeley) is a partner in the Restructuring Department of the Firm’s Hong Kong office. She has extensive experience advising both debtors and creditors in relation to contentious and non-contentious restructuring and insolvency matters in the Asia-Pacific region. She is skilled in guiding clients through the most challenging and complex processes of financial restructuring, creditor enforcement, formal insolvency, insolvency litigation, distressed M&A, and distressed secondary debt trading.

Kathleen has been widely recognized as one of the top restructuring lawyers in Asia. She was named an Asia Future Leader by IFLR in 2021 and a Next Generation Partner in Restructuring & Insolvency by Legal500 Asia-Pacific in 2020 and 2021. Asian Legal Business selected Kathleen as one of the “40 Under 40” honorees in 2019 and IFLR1000 named her Rising Star in 2021 and 2022.