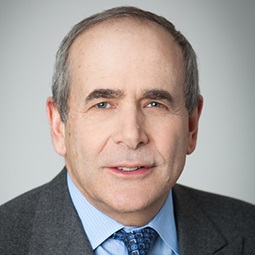 Joseph S. Allerhand Co-Heads Weil’s Securities Litigation practice, and is one of the leading securities litigators and corporate counselors in the United States. Joseph has more than 30 years of experience in shareholder class actions, M&A litigation, SEC investigations, arbitrations, and busted deal litigations.

Joseph has argued and tried numerous high-profile cases in state and federal courts, and before arbitration panels. In particular, he appears regularly in the Delaware Chancery Court and the Delaware Supreme Court in connection with M&A transactions and shareholder disputes, including of late, the successful defense of Kinder Morgan’s $80 billion corporate reorganization of three publicly traded entities, Signet’s acquisition of Zale, and many other transactions.

Joseph also regularly counsels boards of directors and special committees on a wide variety of corporate transactions and internal investigations.

Joseph has been named by The New York Times as one of the top 100 lawyers in New York and is consistently named by the Legal 500 and Chambers USA as one of America’s leading securities lawyers. Chambers USA has for many years recognized Joseph as one of the top 10 securities litigators in New York, describing him as “a leading figure in shareholder and M&A litigation, drawing on over three decades of expertise in multibillion-dollar securities class actions and SEC investigations.” Clients and peers in Chambers USA have described him as “top-tier and a master of litigation,” “incredibly bright and dynamic,” “a formidable litigator” with “extensive knowledge of all manner of securities issues,” and as a “knockout in the courtroom as well as a deft performer behind the scenes.” Chambers’ sources also note that Joseph brings “ability to take complex legal issues and distill them into simplistic and intuitive themes that are persuasive to the court.” New York Magazine has named him as one of the top lawyers for “bet the company” litigation. Since 2012, Joseph has been ranked as a “National Star” for Securities Litigation and as a “Local Litigation Star” in New York by Benchmark Litigation, since 2010 he has been listed among the Lawdragon 500 “Leading Lawyers in America,” and since 2006 he has been recognized by Best Lawyers in America, including in the areas of Bet-the-Company Litigation and Commercial Litigation.

Joseph writes and lectures frequently on securities litigation. Most recently, he authored a chapter on “Defending Companies in Crisis,” which appeared in Litigating Securities Class Actions (Matthew Bender).

Joseph currently serves as co-President of the Metropolitan Council on Jewish Poverty and on the Boards of the New York Legal Assistance Corp. and Big Brothers/Big Sisters of New York. He recently completed service on the board of UJA – Federation of New York, which in 2018 awarded him the prestigious Judge Joseph M. Proskauer Award for outstanding professional achievements and service to the community, and was one of the founders of the Solomon Schechter School of Manhattan.