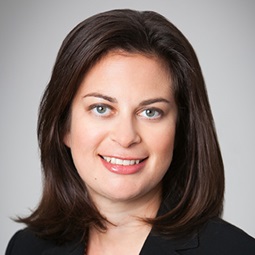 Jessie B. Mishkin is counsel in the Complex Commercial Litigation practice in the Litigation Department of Weil's New York office. Her practice focuses on various forms of complex commercial litigation and arbitration, including breach of contract, breach of fiduciary duty, trade secrets, employment, antitrust, First Amendment, trademark, right of publicity, and class action matters for clients in the media, technology, pharmaceutical, healthcare, energy and other industries. Jessie also works closely with financial services companies, private equity firms, and major manufacturers and distributors, and has been a member of Weil teams that counsel them and represent them in federal and state courts and before arbitration panels across the country. In the bankruptcy litigation area, Jessie’s experience includes multiple adversary proceedings and contested matters.

Jessie has been involved in several recent victories that have resulted in written decisions, including:

Jessie also has an active pro bono practice, including in a series of high profile federal civil rights cases brought against certain Long Island municipalities regarding the establishment of an eruv; free speech cases on behalf of student journalists; and due process claims on behalf of New York psychiatric hospital patients seeking protection from violent conditions.

Outside of her practice, Jessie publishes and speaks on a wide variety of legal issues, including on managing multi-district litigation and class actions, and on sports and trademark law. Additionally, for the past several years she has assisted authoring “Chapter 60: Pleadings and Pretrial Motions in Complex Commercial Cases” in Successful Partnering Between Inside and Outside Counsel (Thomson Reuters/Association of Corporate Counsel). She is actively involved in a number of diversity initiatives, including as a member of the Planning Committee of Women@Weil, the Firm’s women attorney affinity group, and is a member of the New York City Bar Committee on Women in the Profession.