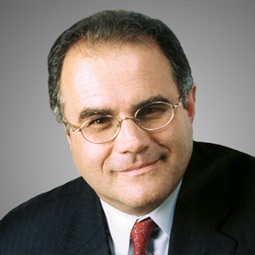 Philip Rosen is Co-Head of the Firm’s Real Estate practice and the Firm’s Infrastructure practice. Philip is a leading authority in the mergers and acquisitions of real estate companies, both public and private and both as part of restructurings and not. He is also one of the top real estate finance lawyers and has long been considered one of the leading lawyers in the debt restructuring space. He is one of the top private equity lawyers in the property arena, representing numerous private equity and hedge funds and institutions in their larger and more complicated transactions. Philip also has a top reputation in a broad spectrum of other transaction areas, including real estate investment trusts, joint ventures, and property and debt portfolio acquisitions. He also heads the Firm’s renowned hospitality and gaming practices. Finally, he is one of the country’s leading authorities on doing business in the Middle East.

Crown Acquisitions, Inc., together with Vornado Realty Trust, in the $700 million acquisition of the retail condominium of the St. Regis Hotel and the adjacent retail townhouse in New York City.

Fortress Investment Group in numerous acquisitions and financings including:

Jumeirah in the sale of the world famous Jumeirah Essex House in New York.

The Kroger Company in the $2.15 billion sale of its convenience store business unit to EG Group.

KTR Capital Partners in the $5.9 billion sale by its REIT subsidiaries of real estate assets and their operating platform to Prologis Inc., the largest sale of industrial properties (at the time).

Monarch Alternative Capital, as lender, in a $100 million debtor-in-possession loan to Eagle Hospitality Group to finance business operations during Eagle's chapter 11 bankruptcy proceedings, and the purchase of a portfolio containing the majority of Eagle's hotels.

MSD Partners, as lender, in a $285 million mortgage loan to CGI Merchant Group, as part of CGI Merchant's $375 million acquisition of the Trump International Hotel in Washington, D.C.

Oxford Properties Group (which is owned by OMERS), as an investor, in the $1.6 billion capital raise for Lineage Logistics.

SoftBank Group Corp (SBG) in its agreement to provide debt and equity financing to WeWork and to make a $3 billion tender offer to holders of WeWork shares, other than SBG and its affiliates.

Philip is recognized as a leading lawyer for Real Estate: Corporate in New York by Chambers USA, where he is described as “unbelievably experienced…a smart, sophisticated lawyer” and “a master negotiator with great relationships.” He has also been recognized as “a great adviser and a highly respected figure” and described as a “world class lawyer” with “an understanding of the markets and a good grasp of the business repercussions in addition to the legal ramifications” in Chambers USA. Philip is recognized as a “Notable Practitioner” for Real Estate Acquisitions and Real Estate Finance in the U.S. by IFLR1000. He is also recommended for Real Estate and REITs by Legal 500 US and has been designated a “Best Lawyer” for Real Estate Law in New York by Best Lawyers in America and a New York Super Lawyer since 2006. Philip was named a 2017 Real Estate “MVP” by Law360 noting his successes in major real estate transactions. Additionally, he has been recognized as a leading lawyer based abroad for Corporate/M&A in Israel by Chambers Global.

In April 2006, Philip was appointed by President George W. Bush to serve as a member of the US Holocaust Memorial Council. In May 2008, President Bush invited Philip to serve on the Honorary Delegation to accompany the President to Jerusalem for Israel’s 60th anniversary. In March 2005, he was appointed by Governor George Pataki to the Lower Manhattan Development Corporation Professional Firms Advisory Council. He was elected in 1993 to the American College of Real Estate Lawyers. In 1990, Crain’s New York Business named him to their elite “40 Under 40—People to Watch in the 1990’s.” He also was named one of the leading “power brokers” in New York real estate by GRID magazine. Philip has been featured in interviews and profiles with a variety of notable publications and broadcasts, including The Wall Street Journal, The Real Deal, The Stoler Report and Building New York: New York Stories, among others.