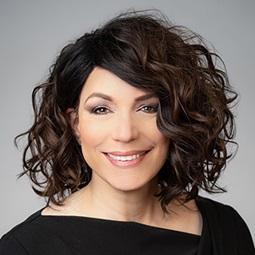 Heidi also maintains an active Pro Bono practice. She is currently a member of the Weil team supporting the Brady Center, a gun safety organization, which is advocating for regulatory and administrative law changes to the FBI’s firearm-purchase background check procedures that will optimize the process and help ensure that firearms do not fall into the hands of prohibited purchasers.

Prior to graduating from law school, Heidi had a 31-year career as an aerospace structural design engineer for the Department of the Navy designing helicopters and tiltrotors for the U.S. Navy, Marine Corps, and Air Force. During that time, she acted as the structural design, development, test, evaluation, and airworthiness certification authority for the U.S. Navy for seven different manned and unmanned military rotary wing aircraft platforms, spent time as an FAA Designated Engineering Representative, and served as a team lead for an FAA advisory and rule-making committee to develop modernized crash safety-related structural design criteria. Heidi also has substantial experience performing aircraft crash accident investigations and crash recreation analysis on behalf of government authorities and has served as an expert witness in that capacity. For her work in crashworthy seat structural design and certification, Heidi received the Dr. Dolores M. Etter Top Scientists and Engineers of the Year Award.