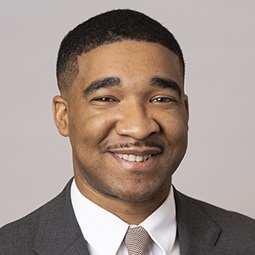 Fredrick Rhine is an associate in Weil’s Complex Commercial Litigation practice, where he focuses on litigating a wide range of disputes in state and federal court, as well as in domestic and international arbitration.

Fredrick also has an active pro bono practice. Of late, among other matters, he has been working with a Weil team representing a prisoner in a federal §1983 lawsuit.

Fredrick received his B.A. in Political Science from Brown University and his J.D. from Washington University in St. Louis School of Law. During law school, he served as a legal extern at the Financial Industry Regulatory Authority (FINRA) and president of the Black Law Students Association (BLSA). After law school, he clerked for the Hon. Andrew L. Carter of the U.S. District Court for the Southern District of New York.