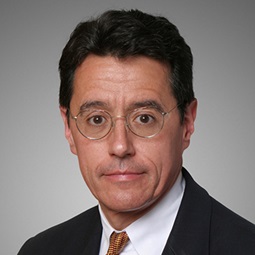 Ed Soto is Managing Partner of Weil’s Miami office, and recently concluded serving for many years as Co-Head of the Firm’s national Complex Commercial Litigation practice.

During more than 35 years of trial practice, Ed has established a consistent record of successful results in major complex cases in both state and federal courts and before arbitration panels. He has achieved successful outcomes for his clients at every phase of the litigation process – through case dispositive motions, trials, appeals, and settlements. During the past few years, he has achieved significant victories on behalf of American Airlines, Inc., Citicorp Services, Inc., ESPN, Inc., ExxonMobil, Financial Guaranty Insurance Corp., Fiserv, Inc., General Electric Company, Lehman Brothers Holdings Inc., Procter & Gamble, Repsol, and UnitedHealth Group.

Ed has received numerous accolades throughout his career. He is regularly recognized in Chambers USA as a Band 1 lawyer for Commercial Litigation in Florida, where clients have praised him as an “amazing lawyer who has the rare combination of being able to keep focused on the big picture of a case while also mastering all of the underlying details,” “great at handling large teams and is extremely passionate on behalf of his clients,” “an outstanding strategic attorney [who] is very persuasive in court and is great at managing complex cases,” and for “always thinking several steps ahead of the opponent.” They also note his “impeccable instincts,” “unlimited capacity for absorbing details” and “creative approach to legal issues,” and described him as a “gifted advocate,” “a first-rate lawyer” and “a top, top litigator.” In addition, he has been recognized by Legal 500 as one of the Leading Lawyers nationwide for Commercial Litigation, with commentators calling him an “experienced partner” and “one of the most renowned trial lawyers in Florida.” He has also been named a national “Litigation Star” and a “Local Litigation Star” in Florida by Benchmark Litigation, as well as a “Best Lawyer” for Bet-the-Company Litigation, Commercial Litigation, and International Arbitration - Commercial by Best Lawyers in America. In 2020, Ed was recognized by South Florida’s Daily Business Review as a “Florida Trailblazer” who has been an “agent of change” during his career as a trial lawyer. In 2017, Ed was recognized by Law360 as an MVP for Class Action. Since 2006, Ed has been recognized as a Florida Super Lawyer, most recently in the areas of Securities Litigation and Civil Defense Litigation.