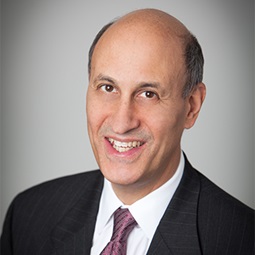 David Lefkowitz retired from the partnership in 2016. He had been a partner in the Finance practice and led the Capital Markets practice from 1999 to 2009. He also moved to London to help open the Firm's office and was based there from 1996 to 1999.

David had a diverse corporate finance practice, including representing a variety of the leading investment banks and many of the largest corporations and smaller early-stage companies in a wide range of equity and debt offerings, special investigations and corporate governance matters. Over the years, he represented issuers and investment banks in more than 120 offerings with aggregate proceeds in excess of $180 billion.

David was selected as one of The American Lawyer’s “Dealmakers of the Year” in 2005 and was also ranked the #1 IPO lawyer in 2004 (by total offering amount) by IPO Vital Signs. At age 35, he was selected by The National Law Journal for its “40 Under 40” listing of “Rising Stars in the Law.” He was also regularly named as a leading lawyer by Chambers USA and Chambers Global.

Since retiring, David has actively pursued a number of interests and philanthropic causes. He has been a member of the Northwestern School of Communication National Advisory Council since 2011 and its Chairman since 2014. He is also a long-time member of the NYC Board of the American Heart Association (having served as its Chairman for many years and as Co-Chairman of its Wall Street Run & Heart Walk), is the Co-Chair of the JDC (American Joint Distribution Committee) Society Board and is a member of the Board of the Go2 Foundation for Lung Cancer. He is also active with the Forum for Dialogue in Poland and the American Jewish Committee in New York.