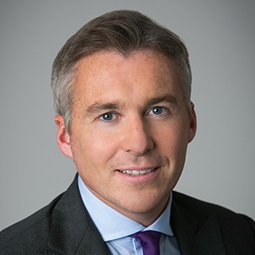 Damian Ridealgh is a partner in Weil’s Banking & Finance practice and is based in New York. His practice focuses on advising private equity sponsors, credit funds and other financial institutions in complex U.S. and European financings covering acquisitions, leveraged buy-outs, restructurings, fund financings and asset-based lending.

Damian is recognized as a “Notable Practitioner” for Banking in the U.S. by IFLR1000.

Damian joined Weil in September 2014 from another major international law firm, where he was a partner in the New York office and led the U.S. Banking Group. He is qualified as a U.S. lawyer and an English solicitor and worked in London until 2003, when he moved to New York to join a large New York-based law firm, where he made partner in 2007.