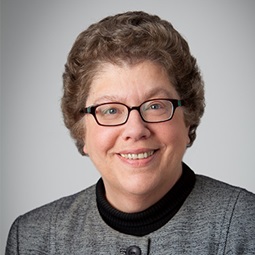 Ann Malester retired from the partnership in 2020. She was based in Weil’s Washington, D.C. office, where she specialized in antitrust counseling and litigation and shepherded multibillion-dollar transactions through antitrust review, handling numerous high-profile matters. Ann co-authored a chapter on the Federal Trade Commission for a presidential transition report sponsored by the Center for American Progress, entitled "Federal Trade Commission: Consumer Protection and Competition for a 21st-Century Economy.

Before joining the Firm, Ann was Deputy Director of the FTC’s Bureau of Competition, where, as the No. 2 antitrust enforcement official, she helped supervise the agency’s antitrust enforcement activities. During her 12 previous years as Assistant Director, Ann headed FTC merger enforcement in a wide range of markets, including the pharmaceutical, biotech, and medical device and equipment industries. She also served for 10 years as the FTC’s liaison with the U.S. Department of Defense, and led the FTC’s antitrust review of transactions in the defense and aerospace industries.

As Assistant Director, Ann led the Mergers I Division in investigating, litigating, or obtaining consent agreements in hundreds of significant mergers, acquisitions, and joint ventures, including many that involved patent and licensing issues, as well as novel legal and economic theories. These transactions included Amgen/Immunex, Glaxo/SmithKlineBeecham, Pfizer/Pharmacia, Lockheed/Martin Marietta, Boeing/McDonnell Douglas, General Dynamics/Boeing, Air Liquide/Air Products/BOC, and VNU (Neilsen)/Jupiter Media Metrix. Previously, Ann was a senior antitrust litigator, and handled major cases in federal district court and administrative hearings, including obtaining a preliminary injunction in a defense industry merger. She and her team also prevailed at trial in a price-fixing case against Ticor and other title insurance companies, which resulted in new U.S. Supreme Court precedent on the antitrust "state-action" exemption. She also helped win a Supreme Court victory against the American Medical Association’s prohibition on physician and HMO advertising.

Ann was recognized as a leader in the competition field in Chambers USA. She was also recognized by Legal 500, International Who’s Who of Competition Lawyers, PLC Which Lawyer?, Benchmark Litigation, Best Lawyers in America, Super Lawyers, and Expert Guides for her work in Antitrust Law. She was also included in Global Competition Review’s ranking of the Top 100 Women in Antitrust. Ann won numerous awards at the FTC, including the Brandeis Award for best litigator, the Chairman’s Award, and the Presidential Rank Award, which is the highest honor given to federal government executives. Ann has taught trial advocacy at the FTC, and spoken at numerous seminars on antitrust law in the United States and Europe. Ann served on the Defense Science Board’s Task Force on Vertical Integration and Supplier Decisions in the Defense Industry. She also served as the Vice-Chair of the Government Litigation Committee of the ABA’s Antitrust Section and on the Section’s Nominating Committee.

Ann is fluent in French and a graduate of the Lycée Français de New York, Bryn Mawr College, and the George Washington University Law School.