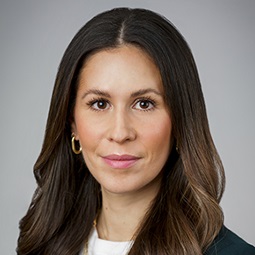 Andriana has participated on panels addressing domestic and cross-border restructurings and has contributed to a number of publications on a range of related topics, including the Weil Restructuring Blog. She participates in the Baruch Pre-Law Mentorship Program as a mentor and previously served as a teaching assistant to Harvey R. Miller at Columbia Law School and as a member of the Board of Directors of the St. John’s Law Alumni Association. Andriana received her J.D., magna cum laude, from St. John’s University School of Law, where she was awarded a full scholarship as a St. Thomas More Scholar and was editor-in-chief of the St. John’s Law Review.

In her pro bono practice, Andriana works with Legal Services NYC to represent individuals applying for U.S. citizenship. She has also represented victims of Hurricane Sandy in obtaining FEMA relief and partnered with the Volunteers of Legal Service (VOLS) Elderly Project to prepare wills, powers of attorney, and health care proxies.