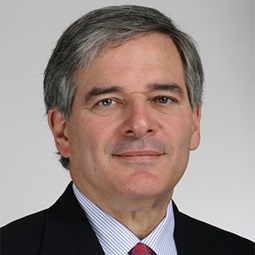 Alfredo R. Pérez is a partner in the Restructuring Department of Weil, Gotshal & Manges LLP, and is the Managing Partner of the Firm’s Houston office.

Alfredo has been recognized in Chambers USA, Chambers Global and Legal 500 as a leading bankruptcy and restructuring lawyer and was named an “Outstanding Restructuring Lawyer – 2014” by Turnarounds & Workouts. Chambers Global has said, “the ‘outstanding’ Alfredo Pérez heads the restructuring team in Weil’s Houston office. He has been praised by interviewees for his business-oriented approach to matters. He plays an integral part in the practice, with leading roles in many of the firm’s marquee cases” and “garners an incredible amount of respect.” Chambers USA notes that clients consider Alfredo a “clear-cut expert” who is “great on complex issues.”

Alfredo concentrates on the representation of Chapter 11 debtors and other diverse interests, including secured creditors and committees, in all aspects of corporate and municipal restructurings, formal bankruptcy proceedings and out-of-court workouts.   He has represented numerous acquirers and potential acquirers of assets from bankruptcy estates and companies in financial distress as well as parties in preference and fraudulent conveyance litigation. He has worked extensively on transnational matters and lectures on issues related to his practice.

Alfredo is a Fellow of the American College of Bankruptcy. He is a past chair of the Bankruptcy Section of the Houston Bar Association and past president of the Insolvency Working Group of the Union Internationale des Avocats. He is or has been a member of various professional associations including the ABA, ABI, IBA, INSOL and the TMA.