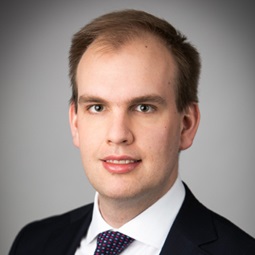 Tom Schinckel is an associate in the Restructuring Department of Weil’s New York office, where he advises debtors, creditors and other interested parties in corporate restructurings and related transactions. Tom has experience advising clients in the utility, mining, oil and gas, manufacturing, and financial services industries.

Prior to joining Weil, Tom was a senior associate in the restructuring, insolvency and special situations team of a leading Australian law firm, where he acted on numerous novel insolvency disputes and restructuring transactions. He received a B.A. and LL.B. from Flinders University, where he won the university medal in law. Tom is admitted to practice in both the United States and Australia, and is a professional member of the Australian Restructuring Insolvency & Turnaround Association.

Most recently, Tom has been involved on teams advising:

*Prior experience before joining Weil.