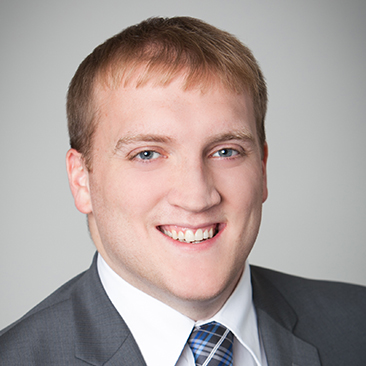 Tom McCarthy is an associate in Weil’s Employment Litigation Practice Group, where he represents and advises employers on a wide range of labor and employment law issues, including restrictive covenant and trade secret disputes, collective bargaining and labor disputes, breach of contract and employment termination disputes, and wage and hour and employment discrimination claims, in both federal and state courts, as well as in arbitration.

Mr. McCarthy has represented clients in various industries, including financial services, entertainment, retail, hospitality, manufacturing, technology, consulting, and insurance. He has experience handling critical aspects of all phases of litigation, including conducting fact-finding interviews and investigations, drafting pleadings and dispositive motions, and assisting with settlement negotiations. Recently, Mr. McCarthy was part of the Weil team that successfully defended and resolved a litigation in the S.D.N.Y. against a Dutch public company and owner of the Amsterdam, Brussels and Paris stock exchanges, and various subsidiaries, by the former CEO and minority shareholder of a subsidiary company asserting breach of contract and discriminatory retaliation claims. Mr. McCarthy was also part of the Weil team that successfully defended a manufacturing client in Puerto Rico federal court against a wage and hour class action lawsuit brought by staffing agency employees.

In addition, Mr. McCarthy has a robust pro bono practice, representing and advising a number of non-profit organizations in connection with employment- and labor-related issues, including organizations focused on supporting clinical research on breast cancer and on designing and supporting programs that provide services for individuals with autism.

Mr. McCarthy graduated from Harvard University in 2011, and received his J.D. from New York University School of Law in 2014.