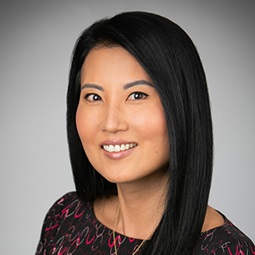 Susan L. Shin is a partner in Weil’s Complex Commercial Litigation practice group and a first-chair trial lawyer. Susan defends a range of public companies, financial institutions, and private organizations, as well as individuals, executives, and directors, in complex disputes in state and federal courts and arbitration proceedings, as well as regulatory enforcement proceedings, and internal and government investigations. She has served as trial counsel in several cases tried to verdict in the Southern and Eastern Districts of New York, as well as in arbitrations.

Susan is a regular speaker on topics including legal ethics, commercial and financial litigation, and diversity, and is active in a variety of professional and community organizations. In 2020, Susan was appointed to the Commercial Division Advisory Council of the Supreme Court of the State of New York by Chief Judge Janet DiFiore. She is a member of the National Asian Pacific American Bar Association (NAPABA) and serves on NAPABA’s CLE Selection Committee, and also has served in several leadership roles in the Asian American Bar Association of New York, including Board Member (2014-2015), President-Elect (2015-2016), and President (2016-2017). Susan also has served as a board member of New York City Outward Bound Schools and the New York County Lawyers’ Association Foundation.

Susan received her J.D. from Columbia University School of Law, where she was a Harlan Fiske Stone Scholar, and her B.A. from Rutgers University. After graduating from law school, she served as a law clerk to the Honorable Raymond J. Dearie, United States District Judge for the Eastern District of New York. Prior to entering law school, Susan worked as an associate in a global investment bank’s investment management business.

Prior to joining Weil, Susan was a partner at an international law firm, where she served on its governing board, and as Co-Chair of its New York Hiring Committee. Susan has been recognized as a New York “Rising Star” by New York Super Lawyers for Securities Litigation and Business Litigation. She also has received the 2020 “Community Role Model” award from the Korean American Association of Greater New York, the 2018 “Diversity & Inclusion Champion Award” from the New York City Bar Association, and the 2018 “Trailblazer Honoree” award from the Korean American Lawyers Association of Greater New York, and been named as one of the “50 Outstanding Asian Americans in Business” in 2015 by the Asian American Business Development Center.