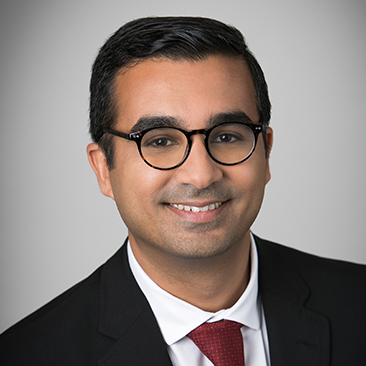 Sudip Kundu is counsel in Weil’s Patent Litigation practice, where he focuses on patent disputes before federal district courts nationwide, section 337 investigations before the U.S. International Trade Commission, appeals before the U.S. Court of Appeals for the Federal Circuit, and inter partes review proceedings before the U.S. Patent Office.

Mr. Kundu’s experience spans a broad spectrum of technologies, including drug delivery, medical devices, consumer electronics, power electronics, lighting, metal processing, tools, and coffee products. Mr. Kundu has served as lead counsel in both jury and bench trials, and in this capacity, his efforts resulted in several complete defense wins before the ITC and district courts, as well as injunctive relief and increases in market share for his clients on the plaintiff’s side.

Mr. Kundu is currently recognized for Patent Litigation: Full Coverage by Legal 500 US. He served as an associate at Weil from 2008 through 2010. In 2010, Mr. Kundu co-founded an intellectual property firm, eventually running Kundu PLLC for several years until his 2018 return to Weil. At Kundu PLLC, he successfully handled a variety of jury and bench trials.

Mr. Kundu received his J.D. from Saint Louis School of Law, and a B.S. in electrical engineering from the University of Illinois at Urbana-Champaign. He is licensed to practice before the U.S. Patent Office.