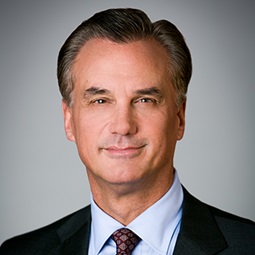 Prior to Steve’s appointment as Chief of the Fraud Section in 2006, he served as Deputy Chief of the Counterterrorism Section of the Criminal Division, where he supervised a team of attorneys in connection with the investigation, prosecution, and coordination of a variety of international terrorism and terrorist financing matters. Steve also led a number of high-profile national security investigations and trained federal prosecutors and agents on relevant national security statutes, policies and practices.

Steve also served as an Assistant US Attorney in the US Attorney’s Offices in the Southern District of Florida and the Northern District of New York. During his more than fifteen years as an Assistant US Attorney, Steve investigated and prosecuted a variety of criminal cases, with an emphasis on white collar matters, including but not limited to securities fraud, health care fraud, government contract fraud, bank fraud, tax fraud, FDA fraud, and public corruption, as well as related money laundering and asset forfeiture work. He also was lead counsel for the United States in nearly forty criminal jury trials.

In 2021, Steve was recognized among the Top 30 FCPA Practitioners in the United States by Global Investigations Review, which called him a “a sophisticated and nuanced lawyer who knows the ins and outs of the FCPA” and noted that he “has a declination record that few lawyers can match.” Steve is currently recognized in Chambers Global and Chambers USA as one of the leading lawyers nationally and in Washington, D.C. for white collar crime, government investigations, and FCPA expertise. Chambers notes that he “offers impressive experience handling big-ticket investigations” and has quoted sources calling him “incredibly smart and strategic,” “fantastic,” “calm and levelheaded,” with “a ton of experience and insight” and “impeccable integrity.” In 2015, The National Law Journal recognized Steve as one of its inaugural “Trailblazers” nationwide for his distinguished career in the white collar crime area, and in 2020 the same publication honored him as one of its “Trailblazers” in Washington, D.C., noting that he has long been “at the forefront of … the investigation, prosecution, and defense of allegations of corporate crime.” Since 2013, Steve also has been recognized as a recommended lawyer for Corporate Investigations and White-Collar Criminal Defense by Legal 500 US, in which clients have praised him as, among other things, “patient and collaborative.” He is a recognized expert and frequent speaker on a host of white collar topics, including FCPA enforcement, securities fraud, corporate charging decisions, use of deferred and non-prosecution agreements, and monitors.

Steve is a graduate of New York Law School where he was the Research Editor of the Law Review.