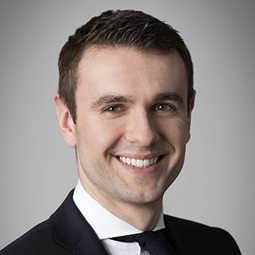 Stefan Monaghan is Corporate counsel based in the London office and a member of the European High Yield team. Stefan’s practice focuses on high-yield offerings and leveraged and acquisition finance transactions. He advises financial institutions, corporates and private equity sponsors on a wide variety of other debt and equity capital market and corporate finance transactions and U.S. securities law matters, including U.S. and European medium-term note programs, initial public offerings, liability management transactions and offerings conducted in reliance on Regulation S and Rule 144A.

Stefan also has significant experience in mergers and acquisitions and private equity, with particular emphasis on leveraged buyouts, private and public acquisitions, divestitures and joint-ventures, both domestic and cross-border.

Stefan is recognised in the Legal 500 with clients saying ‘…Stefan Monaghan shows an incredible commitment to the deal... He was obviously the keystone of the team to deliver a peaceful and smooth deal for us.’

Stefan received his LL.M. in U.S. National Security Law from Georgetown University Law Center in 2013. He graduated from the Institut d’Etudes Politiques de Paris (Sciences Po) where he received a Master’s degree in Business Law in 2012, concentrating in mergers and acquisitions, as well as a Bachelor in 2010. Stefan served as Editor-in-Chief on the Sciences Po Law Review (Revue des Juristes de Sciences Po).

His native languages are English and French.